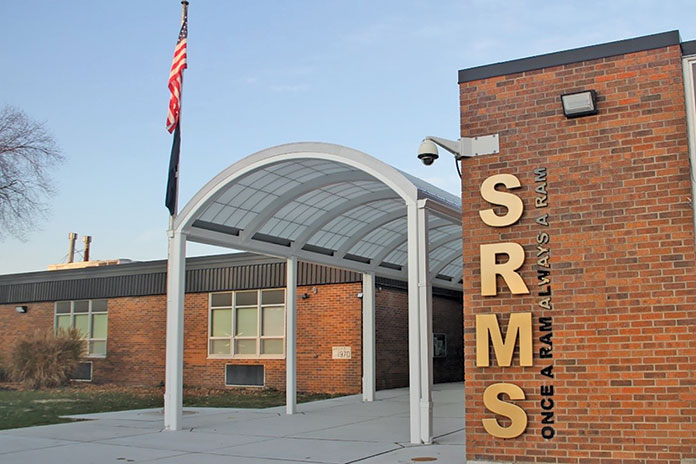 A complete renovation of the building’s facade took shape over the summer and fall, and on December 1, this group of students became the first to take advantage of the newly renovated main entrance. In its 50th year, the building now features a new illuminated sign, extended awning and vestibule.

In addition, a permanent exhibition honoring the 50th anniversary is being assembled. When the original bleachers and lockers were updated over the last few years, sections of each were kept for inclusion in the intended display. To date, a set of original hallway locker doors have been framed with wood from the original bleachers. Newspaper articles from the building’s opening in 1971 will be enlarged and added to the exhibit along with other artifacts, preserving the building’s history and nostalgia.

Thanks to the students, staff, the Board of Education and the community, the SRMS facilities are well maintained and ready to serve our next generation of students.