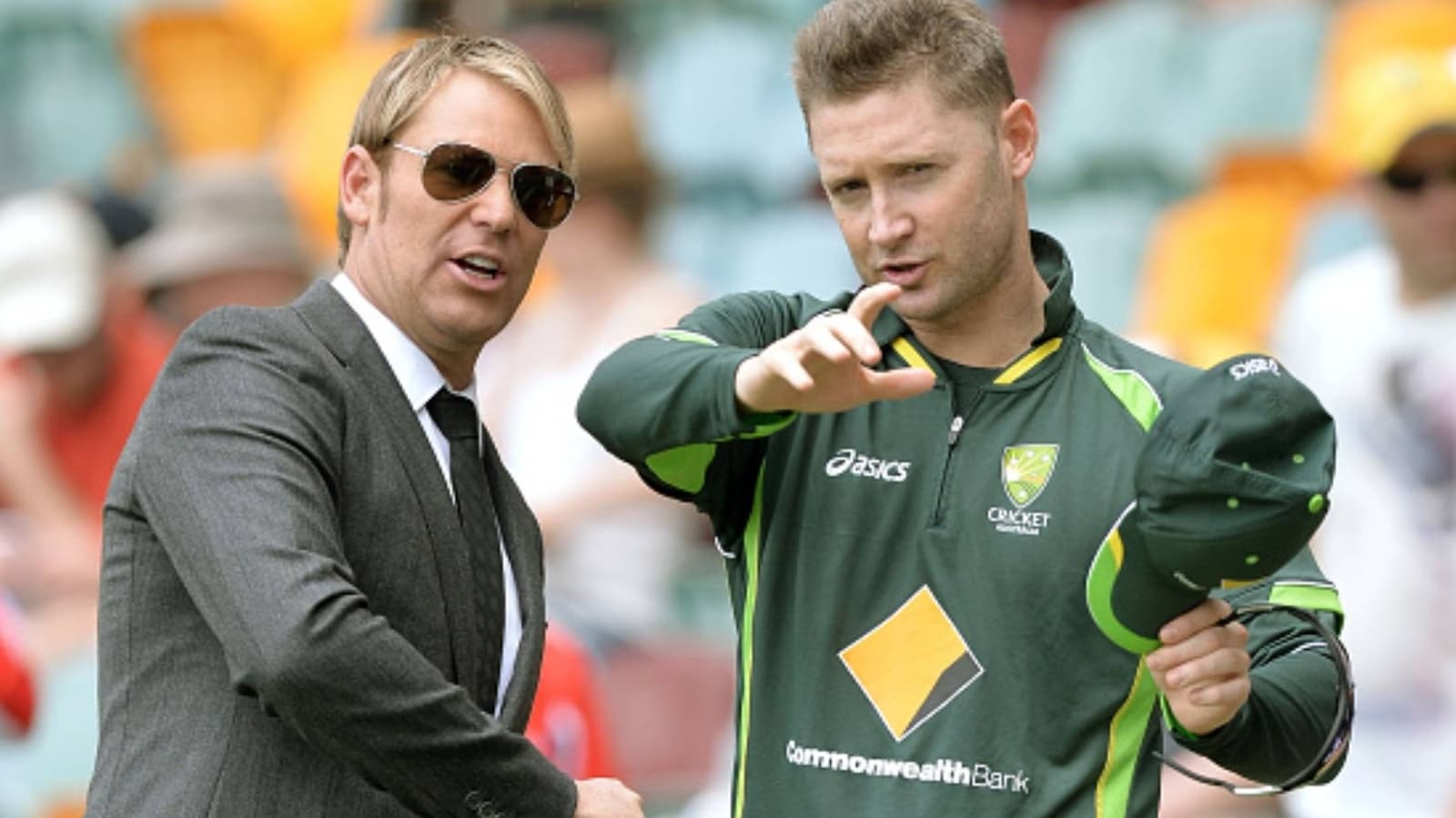 Former Australia captain Michael Clarke underlined the number ’23’ to sum up his special relationship with the legendary Shane Warne, who died on Saturday after suffering a heart attack in Thailand. Widely regarded as one of the greatest players to take up the sport, Warne reinvented the art of leg spinning and became the first bowler to reach 700 Test wickets.

Warne, an influential player who lived his life like a king, finished his international career with 708 Test wickets and another 293 in ODI format, placing him second in the list of all-time international wickets behind his great friend and rival Muttiah. Muralitharan, who has 1,347 scalps to his credit.

Clarke also revealed that the late rotation icon himself came to pass him the jersey number. “Cricket has always been a numbers game and a single number sums up my relationship with 23-year-old Shane Warne,” Clarke wrote in a column for ‘The Daily Telegraph’.

“…it was not a done thing in cricket for a shirt number to be passed on. But that all changed when Warnie came up to me and said he wanted me to take his No 23 he wore on a cricket day. I will be eternally grateful to him and will keep this honor for the rest of my life. For me, this simple act of giving me his number embodies the fact that he is the person who supported me more than anyone,” Clarke recalled.

Clarke’s emergence at the top level coincided with Warne’s last phase, but the first two have a special connection. Clarke also compared Warne to basketball legend Michael Jordan, saying the Australian legend would do “anything” for the people he loved.

“Everyone rightly talks about the legend that Warnie was. If he’s not the greatest Australian cricketer of all time, then he’s equal to Sir Donald Bradman. He’s – like the said his number 23 – the Michael Jordan of cricket.”

“But all of that is secondary to the friend he has become to me and so many others around the game. Shane Keith Warne was loyal to the bone and would do anything for people who ‘he loved.”