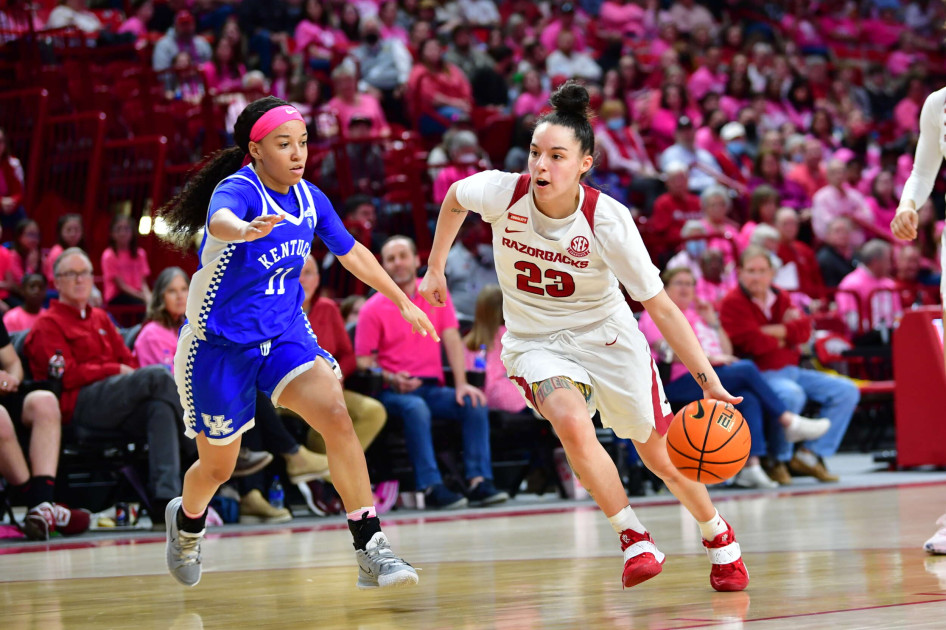 Ramirez, who scored the game’s first 3-pointer, had 18 points to lead the Razorbacks and connected on four three-pointers overall. Sasha Goforth followed with nine points and seven rebounds while Samara Spencer provided eight and five assists.

Rhyne Howard led the Wildcats with 29 points, connecting on five 3-pointers and hitting a perfect 6-for-6 from the free throw line, while also grabbing 10 rebounds. Dre’una Edwards followed with 17 points and 13 rebounds, including 10 defensively. Kentucky held a 44-33 rebounding advantage, with 29 defensive boards to take advantage of Razorback’s missed shots, with Arkansas getting just 11 offensive rebounds. The Wildcats also scored 22 points on turnovers to the Razorbacks’ 11.

Kentucky, which won its fourth straight championship game, built a 23-14 advantage in the first quarter, fueled by 11 points from Howard as it connected on a three-point line. At halftime, the Wildcats led 40-29 and extended it to 66-44 late in the third quarter. The Razorbacks’ final lead in the game was 8-6 early on.

Arkansas travels to Oxford, Mississippi, on Tuesday to play Ole Miss. The match kicks off at 6 p.m. and will be broadcast on SEC Network+.