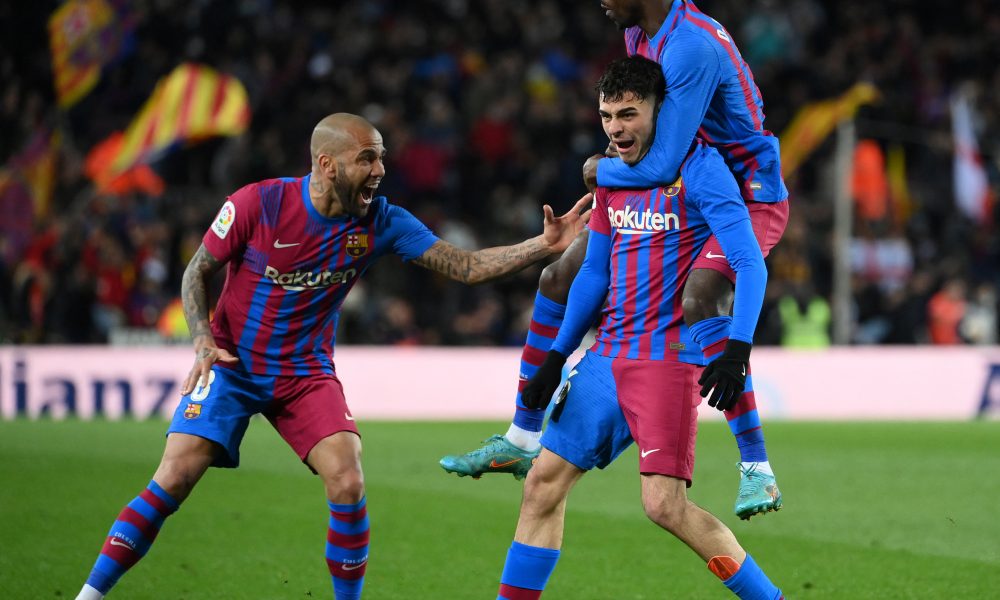 Veteran Barcelona defender Dani Alves has offered to hand midfield sensation Pedri the No.8 shirt from the upcoming season.

The 38-year-old returned to Camp Nou in November last year when he signed a contract with Bosman after his contract with Sao Paulo expired. Having had to wait until January for his second debut, the right-back has made a difference since returning to the club.

At the time of signing up in January, Alves didn’t have many options to choose from for his shirt number. And the defender ended up going with the No.8.

In a recent interview, Pedri admitted he would love to wear the No.8 shirt as he idolizes former Barcelona midfielder and club legend Andres Iniesta. In fact, the young Spaniard has been compared to the club icon by many, including manager Xavi Hernandez.

And now Alves has claimed he would be happy to hand Pedri the No.8 shirt next season. Speaking in an interview with Mundo Deportivohe said:

“I read in an interview that he said he liked number 8 and I spoke to people at the club, that next season if he wants he can take it, if I stay, well sure. If I leave, he can take it right away.

The right-back added that it was important for Pedri, or anyone who picks up a certain shirt, to respect and uphold the legacy of those who have worn it before.

“If he wants it, it’s his, but there’s only one mission, you have to defend it well, because this jersey has been worn by great people, very special people, especially for me , like Iniesta or Hristo… they are people who have done a lot for this club”, he added.

“Numbers should be defended and respected as they should be, they have a story behind them, for those who have graced this club,” Alves said.

Pedri currently wears the No.16 shirt for Barcelona. But in all likelihood, the Spanish international will inherit the No.8 shirt next season.