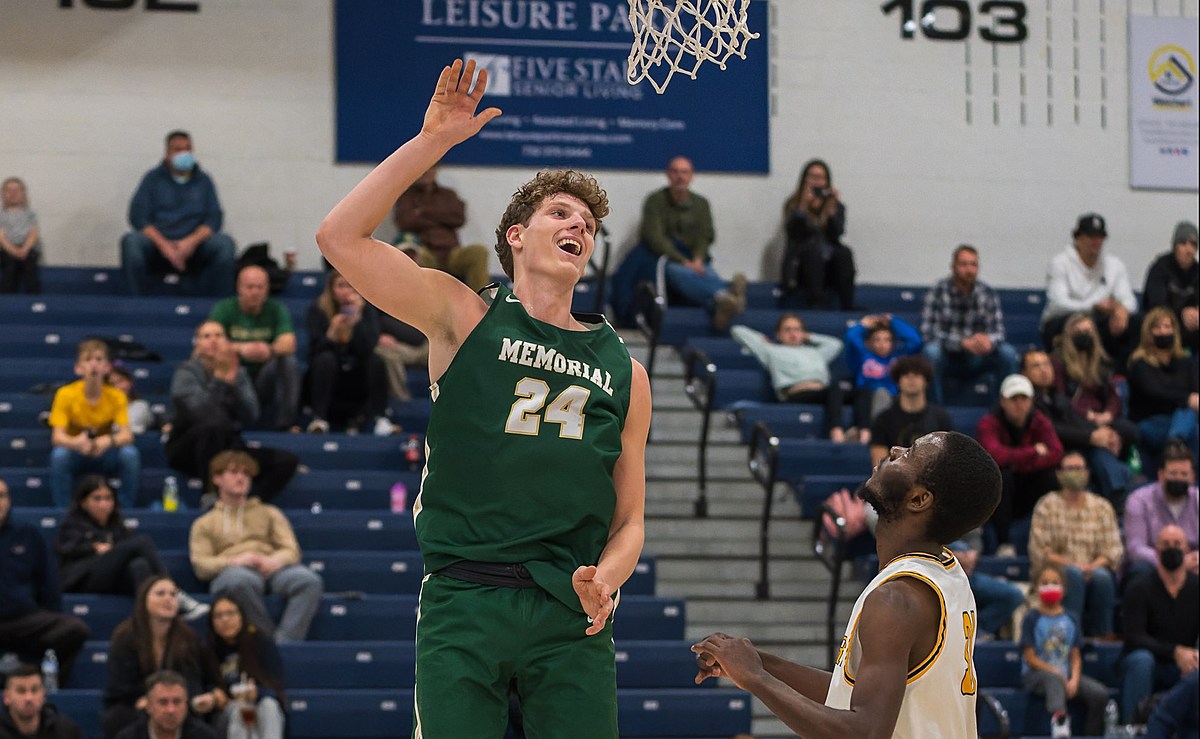 TWP BRICK. – Brick Memorial senior Luke Braaten hoped everything would fall into place for him and his Mustangs men’s basketball team a little earlier than his senior year, but patience and persistence paid off for center 6 feet 7 inches and his team.

Now, with a long-awaited championship at your fingertips, the time for waiting is over. The Mustangs play for championships the rest of the way.

Braaten was a defensive force on Tuesday night and junior teammates Brian Starrett and Jeremiah Crispin led the offensive effort that helped the Mustangs to a 45-29 victory over Central Regional, earning Brick Memorial no worse than a share of the championship Shore Conference Class A South. .

Brick Memorial returns to its home Thursday night against Southern and can wrap up its first all-time Class A South championship since 2009 with a victory over the Rams.

“This week is crazy because I looked forward to a week like this my entire high school career,” Braaten said. “Now it’s here and we’re actually doing what we’ve talked about all offseason, so that’s exciting.”

“It’s been a tough couple of years for us and ten or more tough years, I guess, for the program without winning one,” Starrett said. “We just hope to make some history for the program.”

Crispin came off the bench to score a team-high 12 points for Brick Memorial while grabbing six rebounds. Starrett, meanwhile, led the offense and had 11 points while dishing out six assists, with senior teammate Jason Ellerbrock throwing nine points while pulling six rebounds himself to go with a pair of blocks.

Brick Memorial’s offense peaked in the second half of the first quarter and carried it until the three-minute mark. During that streak, the Mustangs outscored Central, 19-0, to turn a 5-4 deficit into a 23-5 lead.

“We picked up the pace a bit and had some turnovers,” Brick Memorial coach Mike Pelkey ​​said. “Brian played really well tonight. We knew they were going to face (top scorer) Josh (Michigan) so Josh had to be a team player tonight. He had to put up real ball screens for Brian can get out because they won’t Then we have our best decision making with all the way to determine what he wants to do.

Central responded with four straight runs to end the half and eight more to start the third to cut the deficit to six, but that was as close as the Golden Eagles would get the rest of the way.

On the defensive side, Braaten was the show. He finished with just four points but cleaned up with 12 rebounds and 10 blocks, including seven hits in the first half.

With Brick Memorial worried about Central’s three-point shot, especially that of junior point guard John Truhan, the Mustangs were aggressive in getting the Golden Eagles off the three-point line and sending the ball into the paint to challenge Braaten.

“I’m a shot blocker, so I’m always challenged,” Braaten said. “Our guys did a great job playing aggressive defense and when someone got into the paint they knew I had my back.”

“We did a little more running and jumping tonight, trying to get it out of Truhan’s hands,” Pekley said. “He killed us last game, when he had 11 (points) and three threes. So we tried to keep the ball out of his hands because he is their orchestrator.

“They did a bit of a run at the end of the half. They came out and made some adjustments, and that’s when we threw that area at them. We just stayed ahead of our guys. , had them shoot contested threes and if they were going to drive, we had our guys there.”

Freshman Jaycen Santucci gave Central a boost from the bench by scoring a game-high 14 points, giving both teams in Tuesday’s game a leading scorer from outside the starting lineup.

Brick Memorial has finally hit its stride in the 2021-22 season after an uneven 2021 campaign. The Mustangs started the truncated 2021 season hoping to make the most of the shortened schedule, but Braaten suffered a season-ending injury in Game 4 and the sophomore Mustangs struggled to get a foothold the rest. path.

This season, with players like Starrett, Josh Michigan, Dorian Alston and Crispin making the leap from sophomore to junior year and Braaten healthy again after missing sophomore and most of his junior year, Brick Memorial is poised to win at least one title, with an eye on the NJSIAA Central Jersey Group III section as well.

“We’re really looking forward to playing in our squad (national tournament),” Braaten said. “We definitely had in mind during the summer and the offseason that we wanted to make a run in the state tournament and compete for a championship.”

Before that, however, Brick Memorial would like to finish the Class A South championship by defeating Southern and earning a rivalry match against Brick Township on Saturday before focusing on the Shore Conference Tournament.

“We talked about winning A South and it’s still not over,” Pelkey ​​said. “We just think one at a time. We have a big game on Thursday night and if we get the south then it’s Brick on Saturday and the tournaments after that. So we’re just trying to stay focused on the goal at hand, which is one game at a time.”