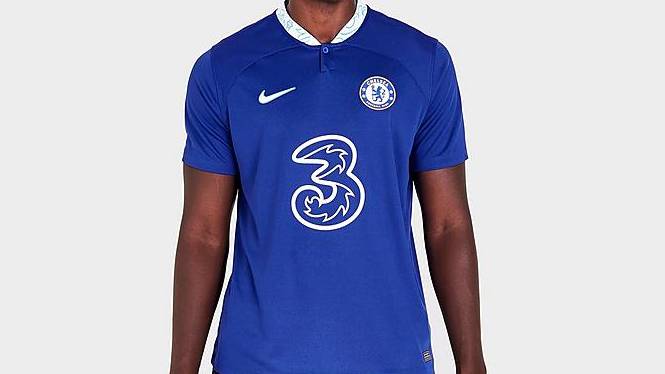 Chelsea’s 2022/23 home kit has all but been confirmed, with JD Sports leaking a video of the new shirt.

It was previously unclear which strip the Blues would line up in for next season as a kit launch did not take place on its usual date due to club restrictions.

Roman Abramovich’s sanction in February saw all marketing deals suspended, meaning the Blues would wait until new owners were in place to launch the kit.

It was previously unclear whether the Blues would stay with Three UK as shirt sponsors after the company asked to be removed from shirts during Abramovich’s sanction period.

Despite their request, Chelsea were unable to remove the logo from their shirts and continued to play with the branding on the front of the kit.

It looks like Three will feature prominently again next season as the kit has been leaked.

It is unclear whether this was a planning error on the supplier’s part, with US Chelsea fans able to get their kit as early as Monday if they order by express delivery.

The Blues are expected to officially show off the kit and put it up for sale on the megastore in the coming days or weeks.

Chelsea fans have taken took to Twitter to react to the jersey, which had previously been met with a negative response when leaks emerged.

One user said: “It’s fine, I just want to see the complete kit with shorts.” Another said “The more I see it, the better it looks.”

While others were unconvinced, stating “Horrible!”

Chelsea were perhaps hoping to unveil a new signing alongside the kit as they agreed a £55m deal with Leeds United for Raphinha.

However, a move by the Brazilian has been questioned as it’s been revealed he’s awaiting confirmation from Barcelona regarding his financial situation.

However, with Leeds keen to keep their promise to Chelsea after accepting the offer, it looks like Barcelona could be on the verge of missing out.

The Blues could still be looking to unveil a signing with the kit launch, but it’s unclear when an announcement regarding the launch will take place following the reveal from JD Sports in the United States.