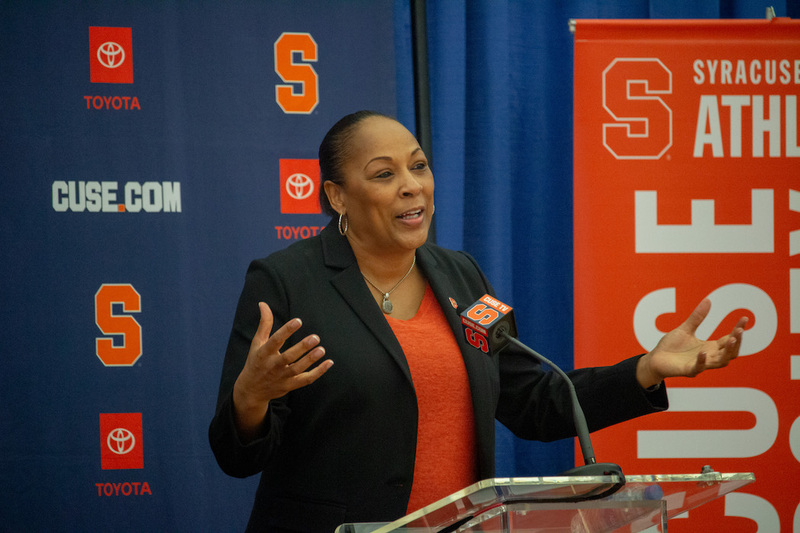 Get the latest news from Syracuse delivered straight to your inbox. Subscribe to our sports newsletter here.

Former Buffalo guard Cheyenne McEvans has been traded to Syracuse, per World Expo Report. She is the fifth inbound transfer since Felisha Legette-Jack was named head coach of Syracuse, and the third former Buffalo player to join her former coach.

“We have a leader who coaches us on a daily basis. Following in his footsteps is just amazing,” McEvans said at Legette-Jack’s jersey retirement ceremony last November.

In two seasons at Buffalo, McEvans started in 30 of 34 games. McEvans was named to the Mid-American Conference All-Freshman Team in 2020-21, where she ranked second on the Bulls in points per game with 11.5 and had 16 double-digit games.

His second season was cut short due to a lower-body injury that ended the season in early January. The Detroit native scored a season-high 16 points against Princeton on Dec. 14, 2021 and recorded the second eight rebounds against Syracuse, when the two teams faced off in the Battle 4 Atlantis tournament in November.

“She’s just a phenomenal woman,” McEvans said of her initial decision to play for Legette-Jack. “It was about herself now and the things she still believes in. She still has confidence in the game, she still has the passion behind her. Knowing her past as well, it’s just an amazing story, so it makes you want to gravitate around her amazing story.