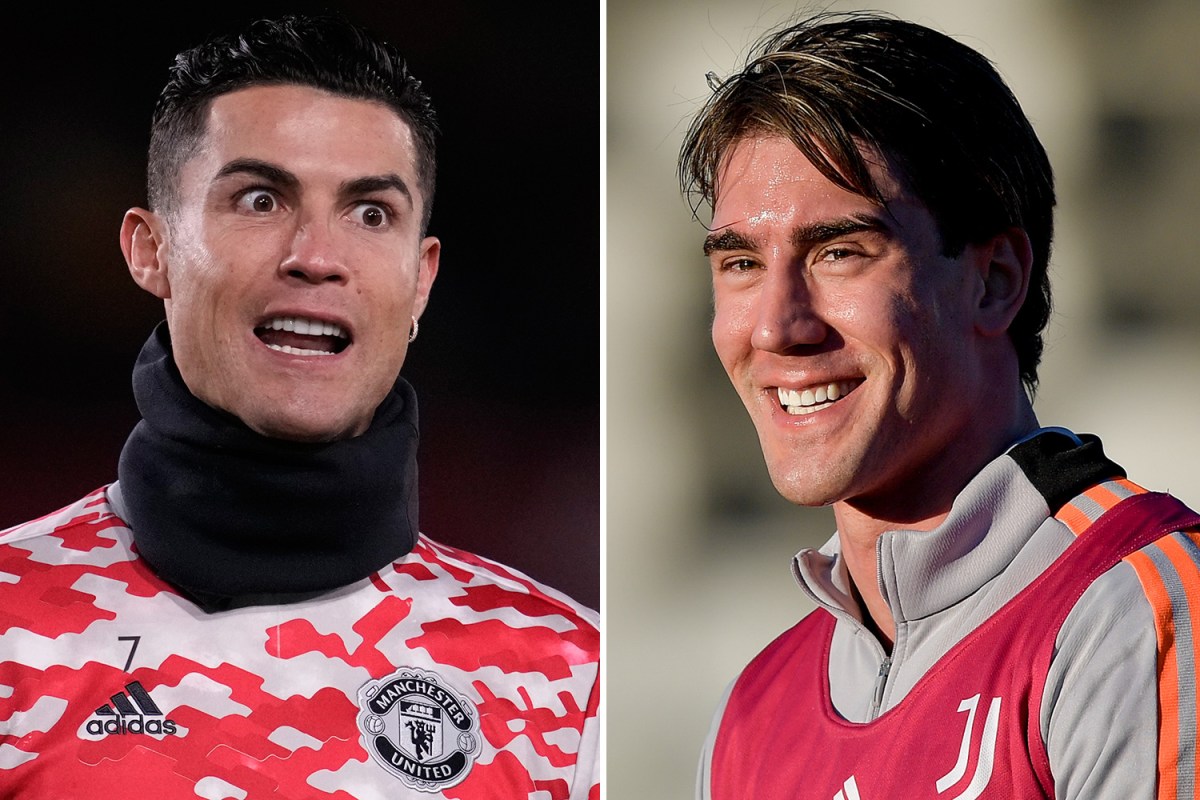 This is after moving into the Manchester United star’s stunning former Turin mansion.

Vlahovic has rejected interest from Arsenal to seal a £62m move to Juventus from Fiorentina last week.

The 22-year-old striker has scored 17 goals in just 21 Serie A games this season.

And Juventus fans will be hoping Vlahovic can fill the void left by Ronaldo when he returned to Old Trafford last summer.

Serbia international Vlahovic has already received the keys to Ronnie’s former pad, which is a luxury hilltop mansion with an indoor swimming pool and Spiderman wallpaper.

But Juventus went further to indicate their confidence in Vlahovic by giving him the iconic No7 shirt vacated by Ronaldo.

The hotshot insists he can handle the pressure of wearing the same shirt number as his attacking predecessor.

Vlahovic said: “I know the weight of the No.7 shirt, but all Juve shirts are heavy.

“I’m here to help my teammates and make myself available. Only together can we achieve our goals.

“What matters is how we get onto the pitch, not so much the numbers on the shirts.

“Choosing Juventus was easy. In Juve’s DNA, there is the desire to win, to never give up and to fight until the end, even when there is suffering.

“That’s also my mentality and so the choice was easy.”

If Jersey City had an anthem, what would it be? | Test