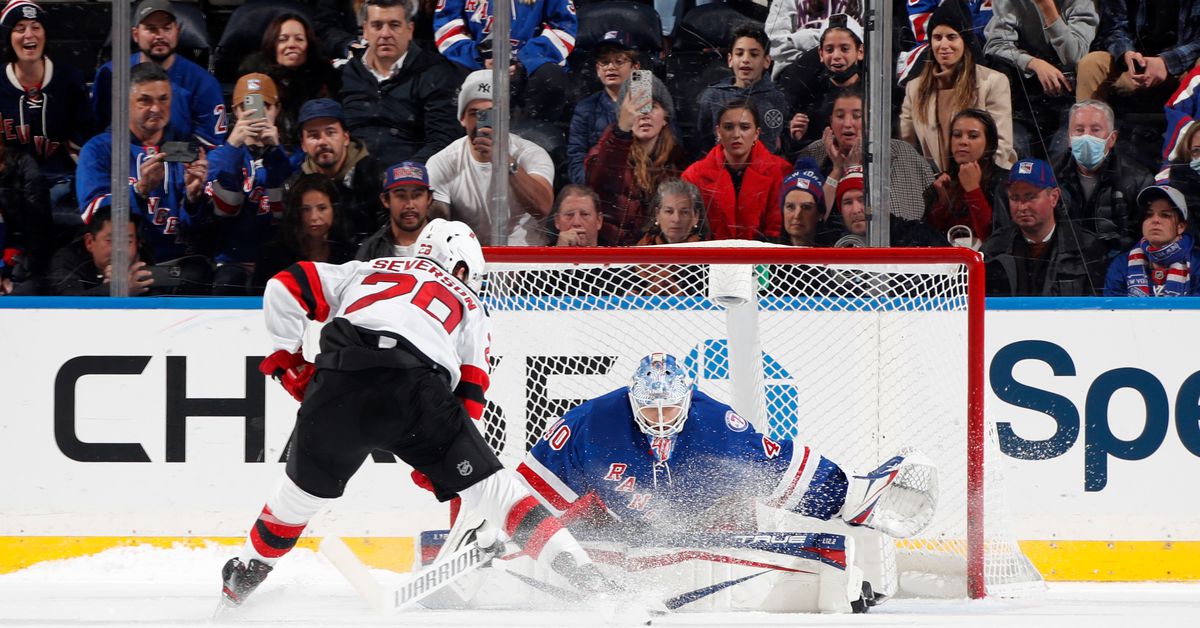 After defending the ice at home and winning the highly anticipated rematch of Pavel Buchnevich, the Blueshirts are back in action for the somewhat less anticipated rematch of Jimmy Vesey and Mason Geertsen. Our slightly disturbing rivals crossed the Hudson River for the second of four meetings this season. The Blueshirts emerged victorious in the first meeting, a 4-3 shootout win on November 14.

Tonight’s game will be the last time Our Rivals Who Mildly Annoy Us will visit Madison Square Garden this season, as the final two contests will be held at the Blueshirts’ secondary arena in Newark. The game will also be New York’s last before their final big road trip of the season, a four-game Central Division swing.

In the midst of what is objectively an MVP-caliber season, Shesterkin comes into tonight’s game looking to bounce back from a sub-par effort by his standards. Although Rangers won their game, Shesterkin only had 0.906% SV while conceding on three straight St. Louis shots late in the second period. Expect a big effort from him tonight as he takes on our rivals who would have slightly hindered us.