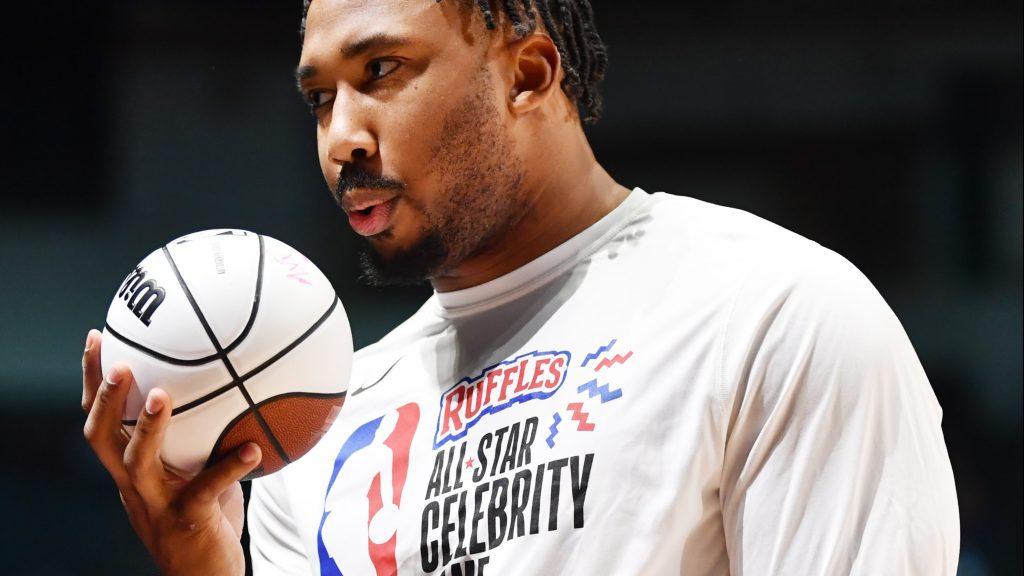 In full uniform, Myles Garrett warms up with the Cavs Summer League squad

Maybe Myles Garrett posting his one-on-one match against Jeremiah Owusu-Koramoah earlier on Sunday was to prepare people for what was to come Sunday night.

Garrett and basketball have been linked for a few years as the Cleveland Browns defensive end showed off his skills, including in pickup games. Head coach Kevin Stefanski said his edge forward was pulled from pickup games, but Garrett also appeared in the NBA’s Celebrity All-Star game in Cleveland last year.

Initially, it looked like Garrett was just heading to watch the Cavs Summer League team for their second game in Las Vegas. Then came the videos of Garrett participating in Cleveland’s warm-ups on the court.

Myles Garrett is here at summer league and took some pictures with #cavs during warm-ups pic.twitter.com/kWWNSjQXjf

After warm-ups, Garrett changed into his uniform and joined the non-Summer League Cavs players. The defensive end pulled out his wide-lens camera to document the game in picture form:

Considering the Browns’ trip to the Cavaliers’ facilities earlier this offseason, it looks like we’ll see more and more overlap between the two teams. Weather permitting, it wouldn’t be surprising to see Cavs players in training camp later this month.