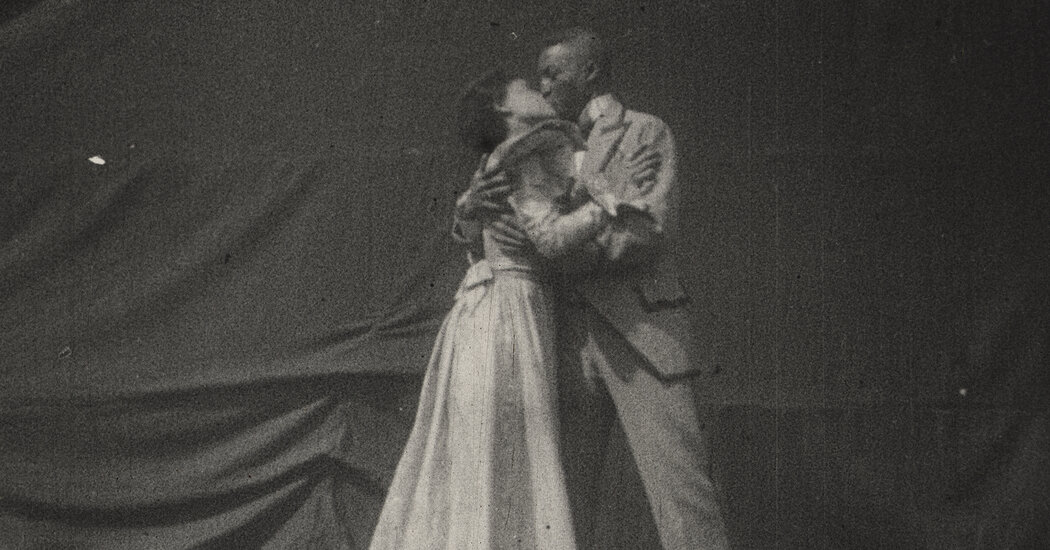 It started with a kiss. Then film researchers found more.

Another politically charged work on the program is “The Killing Floor”, directed by actor Bill Duke. It was originally televised as part of the PBS series “American Playhouse” in 1984, but was later featured on the Critics’ Week program at Cannes (as “The Color of Blood”) and what is now the Sundance Film Festival. Its appearance at MoMA as a newly curated work deserves an asterisk: the restoration was shown last year. in virtual cinemas, and it is currently on the Criterion Channel.

Five movies to watch this winter

Still, Duke’s film righteous anger could only pack a lot more punch in a theater. Damien Leake stars as a man from Mississippi who moves to Chicago during World War I and takes a job at a meatpacking company. He becomes convinced of the benefits of joining the union, which needs more support from black workers like himself. But becoming a union member makes him a target from all sides. In this period before the National Labor Relations Act, his supervisor (Dennis Farina) can fire workers for union involvement. Another worker (Moses Gunn) takes a fierce anti-union stance, convinced that the union will never have the interests of black workers at heart. And when Chicago erupted in racial violence in 1919, the racism of some union members resurfaced. “The Killing Floor” is an exceptionally lucid film about the hard work of the organization.

To Save and Project also presents two rare early works from the 1970s by famous African directors. In “The Young Girl”, also known as “Den Muso”, the feature debut of Malian filmmaker Souleymane Cissé, a factory worker who sees no possibility of advancement quits his job, then – in events which the film makes ambiguously unrelated to his departure — rapes the factory owner’s daughter. But she is mute due to infantile meningitis and cannot express her protests against the cruel fate demanded by her father, who thinks she has brought shame on the family. (According to MoMA, the film was censored and led to “Cissé’s brief incarceration on trumped-up charges.”) It is screened with “Suzanne Suzanne”, a 1982 short documentary by James V. Hatch and Camille Billops about a mother and her daughter still scarred by the blows of their paterfamilias.

On a much lighter note, “Badou Boy” is one of the latest titles to be restored as part of Martin Scorsese’s Film Foundation’s World Cinema Project. At one hour, it is either the first feature film, or a very long short film by Djibril Diop Mambéty (“Touki Bouki”). Whatever you call it, this is a slapstick chase movie in which a hapless officer continually fails in his efforts to catch the bad boy of the title, a teenage delinquent mischievous across town. He urinates with a “urinating strictly prohibited” notice, heaves the hell up in a horse-drawn cart in an impromptu spaghetti western parody, and lies to another boy to get him back to work on a bus for the day.

But that only describes the plot of this formally playful and extremely Godardian film, which opens with images that show its own making. Driven by a funkadelic score, it winks at the postcolonial politics of Senegal and France, such as when a television news announces that Senegalese troops have invaded the Côte d’Azur after a walkout at the “conference of two nations for the creation of an African breed of luxury dogs.

To record and project, from January 13 to February 13. 6 at the Museum of Modern Art. For more details, visit moma.org.

Comedy in North Bergen, Jersey City and Hoboken this weekend and more

First look at Shaedon Sharpe in a Kentucky jersey