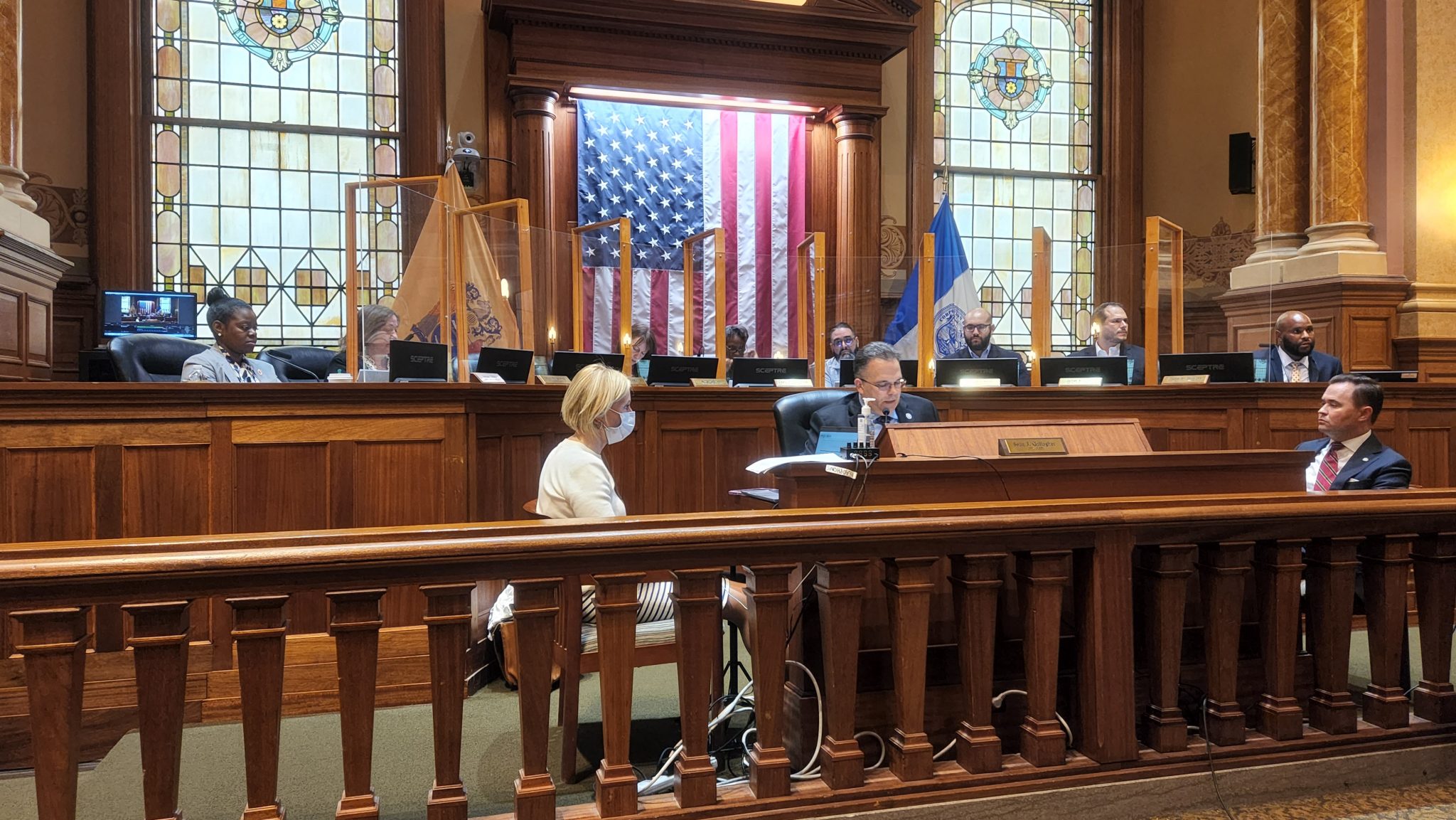 In a meeting that was otherwise overshadowed by numerous calls for the resignation of embattled councilor Amy DeGise, Jersey City Council managed to push through its entire agenda on August 17.

Among the many papers, they endorsed four cannabis retail candidates, introduced potential changes for a redevelopment plan in the Paulus Hook neighborhood, and voted against a toll highway expansion.

The four are Ufoira at 138 Griffith St. in the Heights, Jersey Leaf at 554 West Side Ave. on the West Side, Butler and Baudouin at 75 Martin Luther King Drive in Greenville and the Decades Dispensary at 404 Central Ave., also in the Heights.

All four have received approval from the city‘s Cannabis Control Board. Jersey Leaf, Butler & Baldwin, and Decades also received the planning board except for Uforia, which was not heard before the board. Jersey Leaf also has received a conditional license by the state Cannabis Regulatory Commission.

Board Chair Joyce Watterman voted in support of Butler & Baldwin; his daughter, Jennifer Moore, is one of the business leaders.

The board was to vote on two other nominees, Cannabis Place 420 Corp. and Oceanfront Holdings, but they were removed from the agenda 7-1, with Councilman Daniel Rivera voting against the motion.

For Cannabis Place, which is looking to set up a store at 1542 JFK Blvd., Watterman said it has come to their attention that an unidentified person who applied with the applicant does not live in New Jersey.

As for Oceanfront, which is looking to set up a store at 141 Newark Ave., Councilman James Solomon said they will have a meeting with them next week.

Council voted unanimously to introduce an ordinance that would make changes to the Tidewater Basin redevelopment plan for a potential project near the Paulus Hook neighborhood.

The changes, which were approved by the Planning Board in June, would pave the way for a new 401-unit development by Sussex Street Associates at 177 Grand St., with a 26-storey building on Grand St. and Marin Blvd., and a 16-story building on Sussex and Van Vorst St.. The two buildings would be connected by a four-story Z-shaped base building.

This would specifically allow the maximum height of any building on Grand Street and Sussex Street to be 300 and 190 feet respectively, which would be sufficient to accommodate the heights of the proposed buildings at said locations at 275 and 178 feet respectively.

It would also add an inclusive housing overlay district to allow for the construction of mixed-income housing. Sussex representatives said at the time the landlord was willing to set aside 15% for affordable housing, or about 60 units, to comply with the new inclusive zoning ordinance.

Diane Kaese, president of the Historic Paulus Hook Association, continued her opposition to the potential changes, saying the project’s height is not “very adaptive and neighborhood friendly.”

Another resident, Daniel Sparado, also spoke out against the potential changes, accusing the Planning Board of ignoring public comment and talking to developers instead.

“Based on the destruction of this historic buffer district depicted in this ordinance, I can only assume that the same will follow in the historic district,” he said. “What’s stopping the developers from doing this as long as they’re invoking the IZO?” »

Council unanimously passed a resolution to oppose a proposed extension of New Jersey’s turnpike from Exit 14 in Newark to the Holland Tunnel, which is opposed by a number of conservationists who say it will lead to more traffic and pollution.

Hoboken City Council voted on a similar resolution last week, but Governor Phil Murphy had recently reported his support for the project.

They also passed a resolution that will grant Jersey City Public Schools use of the southwest corner of Paulus Hook Park during school hours for one year. The school district can use the park for recess activities and as a pick-up and drop-off space for PS 16 students. Councilwoman Mira Prinz-Arey was the only dissenting vote.