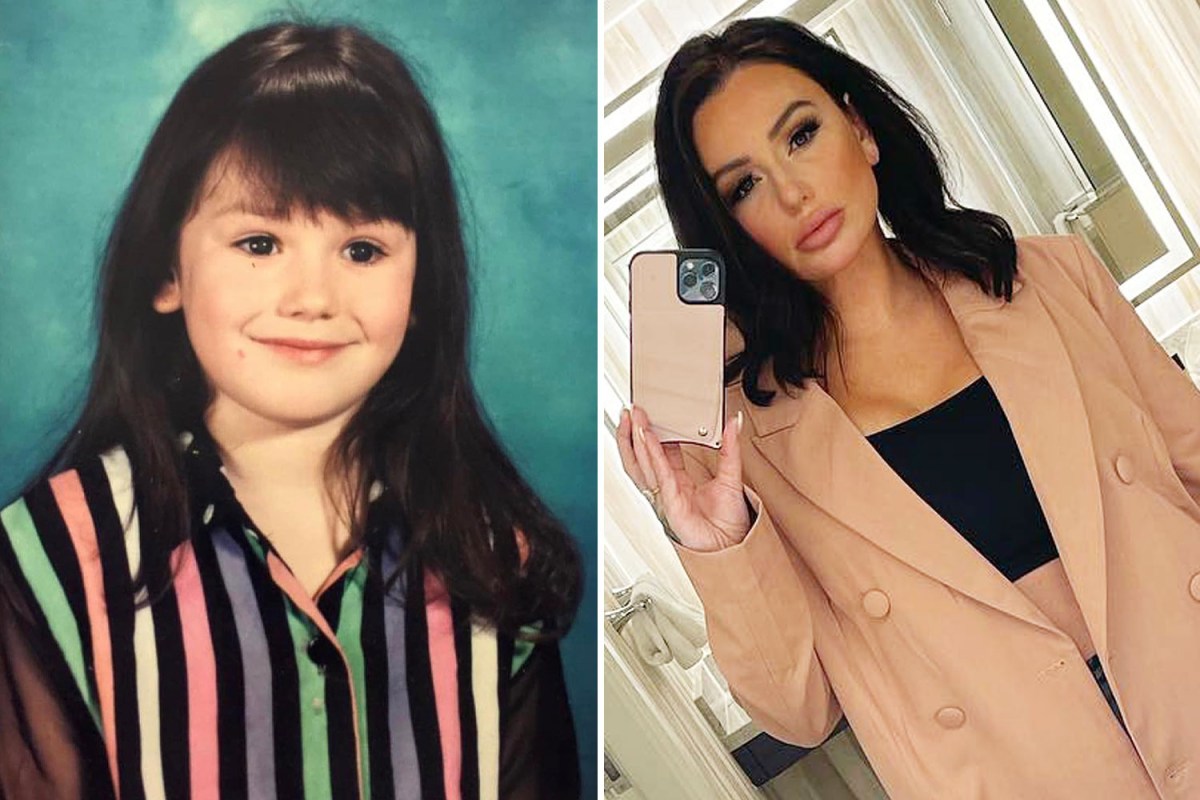 The appearance of the reality TV star has changed significantly over the years.

Jenni showed how transformed she has been when she shared a photo from her younger years.

The 37-year-old posted an old fashioned portrait of hers, showcasing her natural features and dark hair.

The TV star wore cropped bangs and a black collared shirt with multi-coloured stripes for the photo as she smiled softly at the camera.

Jenni poked fun at her outfit choice in the caption, writing, “Look at those stripes.”

Many commentators thought she mirrored daughter Meilani, seven, and son Greyson, five in an instant.

Others pointed to the Jersey Shore alum’s overall makeover as she now has a much plumper pout and face.

Fans remembered Jenni’s altered looks in March when she appeared in a throwback video from the show’s final 10 seasons.

More recently, she shared a photo of herself alongside actor Michael Cera showing off her changed appearance from her debut on the MTV show.

In a separate post, she posted a selfie of herself sporting bigger lips and thicker eyebrows, making her physical changes even more apparent to her followers.

Critics have even pinned her for looking like Kim Kardashian, saying her wider lips, thick eyebrows and dark hair match many of the model’s signature features.

One person pointed out her resemblance to the SKIMS founder in a recent post commenting, “Why do you look like Kim Kardashian? I don’t recognize you, Jenni.”

While another called Jenni a “clone” of the Keeping Up With the Kardashians alum.

Jenni – who is engaged to Zack Clayton Carpinello – has denied performing major procedures, revealing in 2014 that she was against plastic surgery in an interview with PEOPLE.

She told the publication: “I don’t like touching my face just because I’m always afraid you can never go back. All these nose jobs and cheek implants and stuff like that, people. get them and can never go back to what they love my nose.

About Botox, she added: “I’m starting to age – I’m going to be 30 soon. I do not like wrinkles. But I wouldn’t go overboard and I’d have that frozen face when you try to cry and look like you’re smiling.

The TV personality had her first breast augmentation at age 18.

She also told Entertainment Tonight in 2016, “I’m always the one to say, do it for the right reasons. I am not getting any younger. I’m going to do non-invasive surgeries to stay young, to feel young.”

The star added: “I love the way I look. I’m totally open and honest about it. I don’t want to have a saggy face in 30 years.

We pay for your stories!

Do you have a story for The US Sun team?