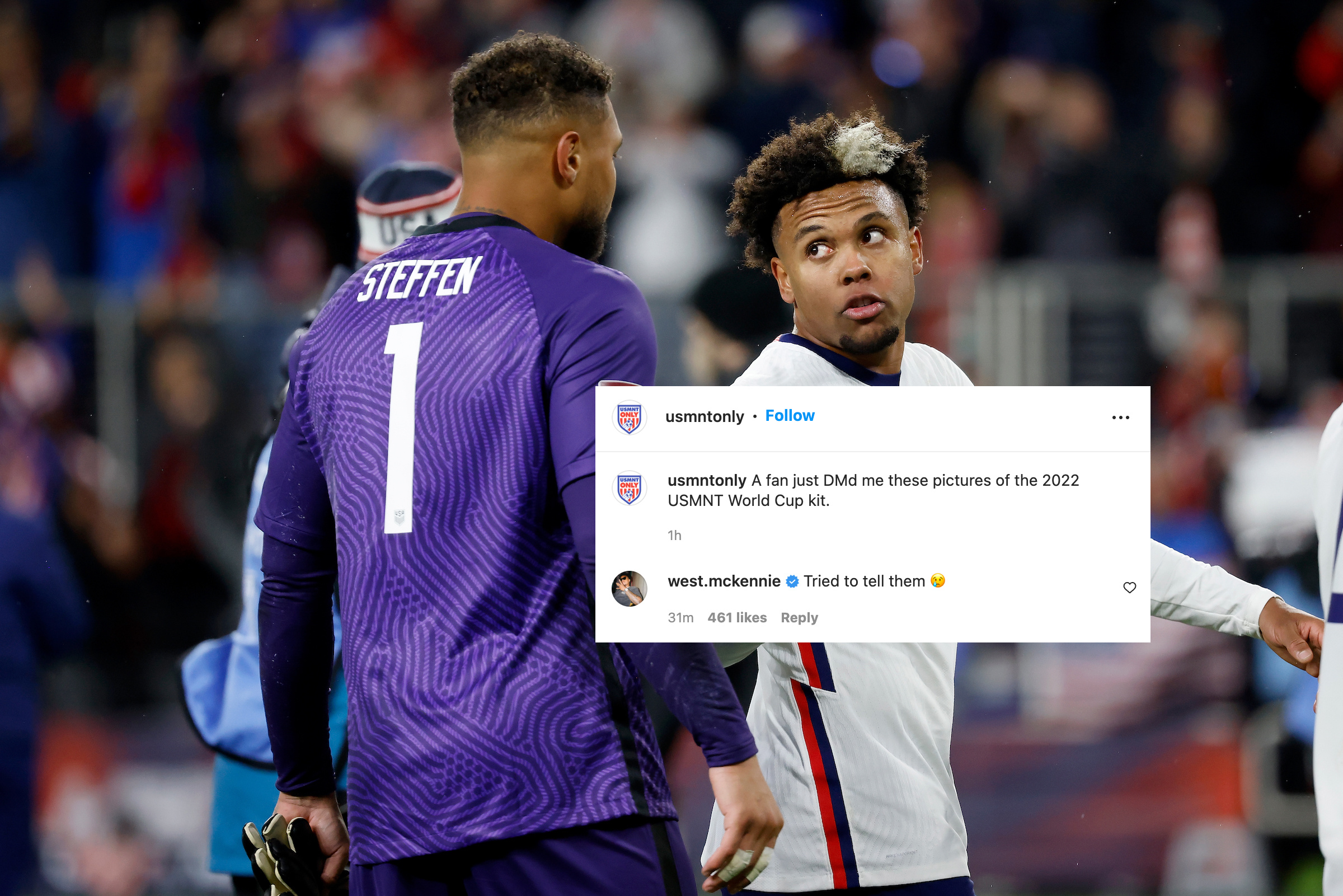 We’ve been waiting for the USMNT 2022 World Cup kit reveal since the United States qualified for Qatar 2022 in March. We’ve seen a variety of supposed leaks and kit rumors, and The18 has even created our own concept uniforms. Still, we’re still waiting for Nike to reveal the uniforms the USMNT will wear in their first World Cup appearance since 2014.

With so many leaks and rumors floating around, it’s hard to say what to believe and what not to believe. For better or worse, Weston McKennie just hinted that the latest leak might be real – and it’s seriously bad.

The good folks at USMNT Only posted two images Monday morning of what they said were photos of the 2022 USMNT World Cup home and away jerseys. McKennie later commented on the Instagram post, suggesting he knows that they are legit.

The blue kit is either a poor approximation of the Hawaiian Islands or an ugly Rorschach test.

Responses on Twitter weren’t kind to the jerseys, with few liking the designs, including former USMNT forward Herculez Gomez.

The only interesting aspect of either kit is the US Soccer badge placed in the middle of the shirt. The fact that there is no Nike logo also calls into question the validity of the leak, although the Nike logo may be on the sleeve.

And yet, shortly after the image was posted, Weston McKennie commented on the shirts, writing “I tried to tell them” along with a teary emoji.

Players usually have insider knowledge of new kits, as they are involved in photo shoots to show off the shirts once they are unveiled, so it’s plausible that McKennie is telling the truth here.

It’s also possible that the blue kit is just a warm-up, as it looks like a warm-up jersey. And maybe (hopefully) McKennie is laughing at us.

As a reminder, here’s what the 2022 USMNT World Cup jerseys supposedly leaked last week looked like.

see some final versions of the #USMNT 2022 World Cup Home and Away Kits… pic.twitter.com/toXAupsj1b

Unfortunately, none of these kits look good. They are all objectively bad, bland and boring. If the USMNT wears one of these jerseys in Qatar, the fans will be upset. Players too – based on McKennie’s comments – will be upset.

What is the opposite of look good, feel good, play good? Look the shit, smell the shit and play the shit. Hopefully that doesn’t happen in November.

Salman Rushdie and the Death of Safe Spaces

Princeton’s Pete Carril Changed Basketball, the NBA and Me