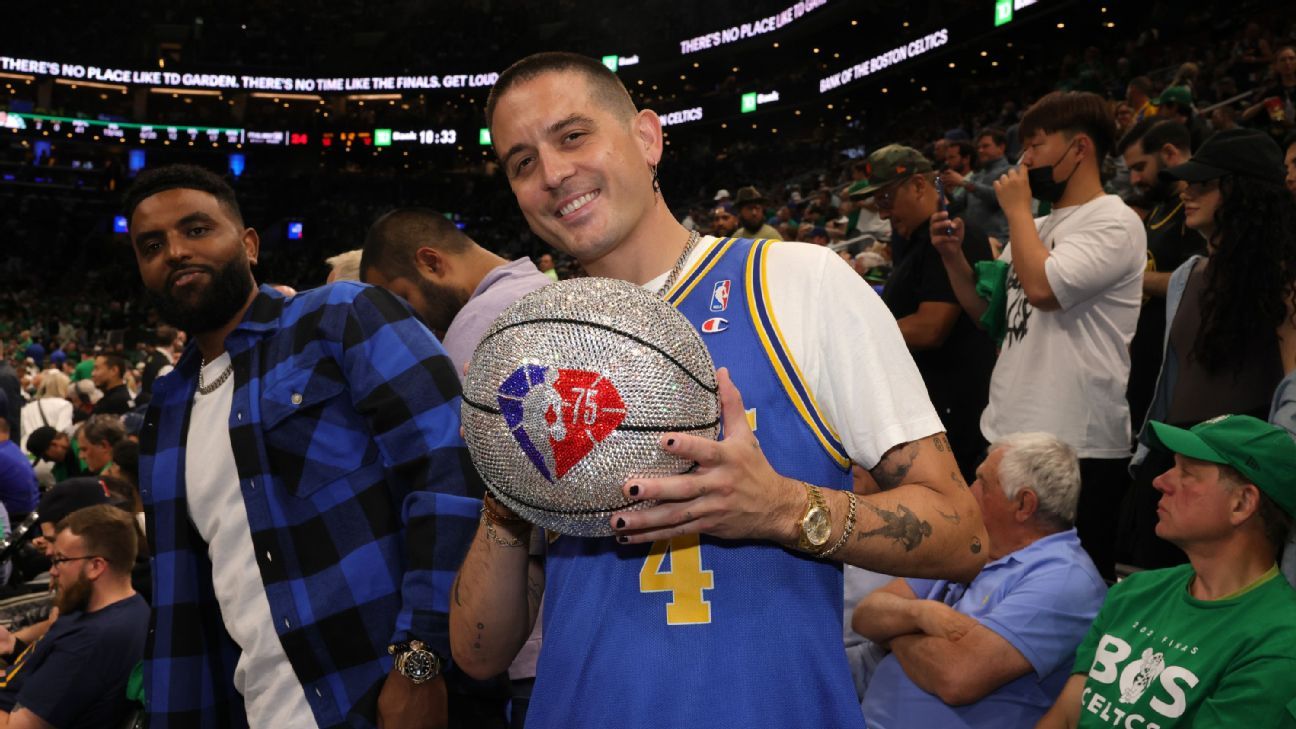 The NBA Finals ended Thursday as the Golden State Warriors picked up another win at Boston’s TD Garden against the Celtics. Finals MVP Stephen Curry (34 points, seven assists and seven rebounds) put on a show as he led the Dubs to a convincing 103-90 win.

Golden State had already struggled to close the series on the road this playoffs. According to ESPN Stats & Information, the Warriors were 0-3 when they had the chance to end a streak away from San Francisco’s Chase Center entering the Finals, but that wasn’t the case when it mattered most.

Championship experience and history favored the Warriors. Teams leading 3-2 heading into Game 6 had won the series 81% of the time (39 of 48 times) heading into Thursday’s game.

The Warriors’ victory marks their fourth championship in eight seasons. No other team has achieved this feat since Michael Jordan’s Chicago Bulls (1991 to 1998).

The TD Garden fans brought the energy for Games 3 and 4, so it’s no surprise they were particularly vocal for Game 6 winning or coming home.

Here are some of the best scenes from Game 6 of the NBA Finals.

Too little, too late

The Celtics managed to erase the long troubles of their streak in the third quarter for a second straight game. And, suddenly, they gave themselves an opening in the fourth quarter to at least make the game interesting.

That’s partly down to Al Horford, who had as many as 16 points and 11 rebounds and were flying all over the place – especially in the second half. The 35-year-old big man had played in more playoff games than anyone in NBA history without appearing in the NBA Finals before reaching them this year, and the emotion he showed throughout the playoffs was visible on Thursday night, including a huge roar after a blocked shot late in the third quarter.

Still, it turned out to be too little, too late after that ugly first half for Boston. –Tim Bontemps

Golden State’s Curry hit a 3-pointer midway through the third quarter, pointed his ring finger as he ran back and said, “Put a ring on it.” -Kendra Andrews

To say it was gold is an understatement.

Golden State led 54-39 at halftime, after beating Boston 52-25 in the final 20 minutes of the first half. Unsurprisingly, an ugly box score told Boston’s story.

A 3 for 14 performance from 3 point range. A total of 12 turnovers. Three fouls each on Jayson Tatum and Marcus Smart. Just 2 bench points, created by a 1-for-9 shot from Derrick White, Grant Williams and Payton Pritchard, who were outscored 15-2 by the Golden State reserves.

Add it all up, and needless to say, a lot had to change in the second half for Boston to keep their season alive.

Oh, and don’t forget: for the first four games of this series, Boston has been outplayed in the third quarter. If it happened again here, this season was over. — Good time

It was a busy day for Gucci Mane. Not only did the rapper announce he was releasing an album at midnight, but he decided to take part in a basketball championship at TD Garden before the drop. Though he once represented his hometown Atlanta Hawks — he even proposed to his wife, Keyshia Ka’Oir, during Kiss Cam at a Hawks game in 2016 — Gucci was decked out in Celtics green.

Things couldn’t have gone better for the Celtics in the opening minutes of Game 6. Boston took a 14-2 lead in the first four minutes, moved the ball well and chased Golden State defensively.

Then everything fell apart.

As they have done so many times in this series, the Celtics failed to press their advantage. After having some early hits with post-ups setting up open shots, Boston’s offense dried up. Turnovers began to flow, as they often have. And Golden State pulled out a 25-8 run to close the quarter and take a 27-22 lead after one.

The most important ? After setting the TD Garden on fire to open the game, all the energy was sucked out of the building as the second started. — Good time

Reppin’ for the Dubs

Bay Area native rapper G-Eazy was on hand at TD Garden to watch the Warriors bid for another championship.

Jesus Shuttlesworth in the building

After the Celtics took a 12-2 lead early in the first quarter, former Celtic Ray Allen was shown on the video card during a timeout and received a loud ovation. Allen, a member of the 2008 champion Boston team, had a falling out with Kevin Garnett and Paul Pierce after he left to join the Miami Heat in 2012, but it seems time has healed old wounds. -Adam Reisinger

Support for your son

Jayson Tatum’s son Deuce was visibly excited after his dad hit a 3-pointer during the first quarter.

Deuce was excited after his father’s three years 😤 pic.twitter.com/UlehAW3TRK

Fans at TD Garden’s lower end found shirts at their seats, including some with white shirts that spelled “BOS”, “617” and “18” in the lower bowl. –Alisha Miller

With Game 6 in Boston and the Celtics not losing three straight since late December, people were excited to see a battle on the court tonight. As Celtics star Tatum entered the field for pre-game warm-ups, fans crowded into the lower seats and chanted, “JT! JT! JT!” –Alisha Miller

Nothing says we came to force a Game 7 like a custom ice sculpture, right? Right.

The Celtics sent their TD Garden decor ahead of Thursday night’s action with this sculpture featuring the Boston mascot, logo and “It’s all about 18” message.

Around 75 minutes before Game 6, the fans got a big ovation when Al Horford took to the pitch for the Celtics warm-up. About a minute later, fans booed loudly as Steph Curry headed onto the pitch for his warm-up.

A Boston fan in a white Paul Pierce jersey also yelled at Andre Iguodala during his warm-up. — Ohm Youngmisuk

Dance to the music

The Warriors continued their road tradition of playing music during their shootout or pregame routine with performers native to the city in which they play. famous went solo.

So when the media were allowed to circle Thursday morning, Curry was spinning to Johnny Gill’s smooth vocals and his classic slow jam “My, My, My.” However, they didn’t go for the 18-minute live version of Gill’s “My, My, My,” which is amazing (check it out!)

STEPH Edition MY, MY, MY Finals pic.twitter.com/2iyjWWO3x6

Warning to Celtics: In the Warriors’ previous shootout here in Boston for Game 4, Curry shot New Edition’s “Can You Stand the Rain.” And sure enough, he exploded for 43 points and 10 rebounds later that night.

After Steph spun on “My, My, My,” speakers blared New Edition’s most famous member, Bobby Brown, and his hit “My Prerogative.” Appropriately enough, Draymond Green – Boston’s public enemy No. 1 – started getting into it, especially when the lyrics “They say I’m crazy… I really don’t care” came up. –Youngmisuk

Klay Thompson has made a name for himself in 6 playoff games throughout his career. Teammate Poole showed his support for another (hopefully) standout performance by wearing a 2011 NBA Draft jersey featuring Thompson.

I have to represent the family.

Eyes on a prize

Curry knows a good championship prize when he sees one, as he inspected the US Open trophy during Wednesday’s practice ahead of Game 6.