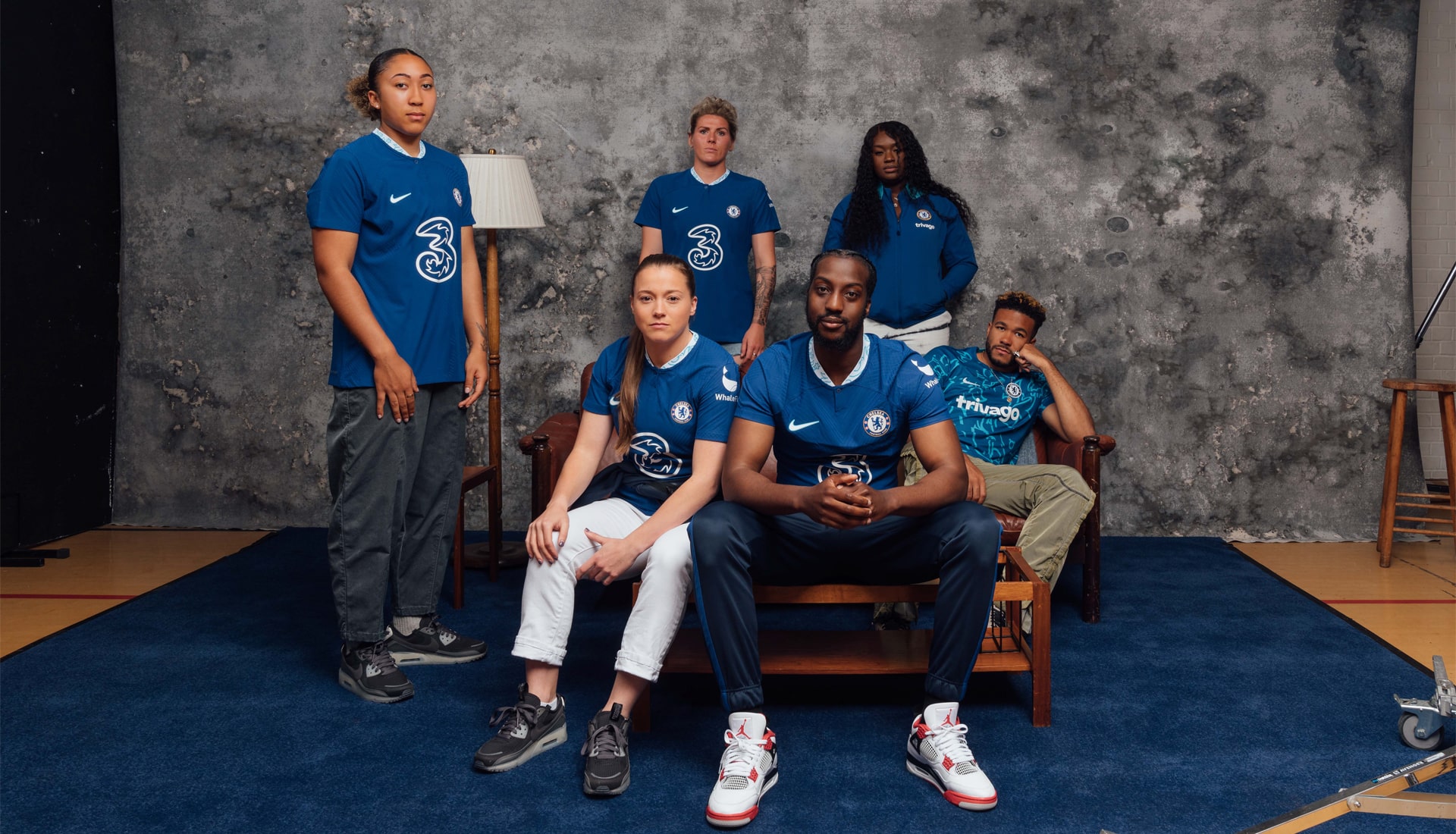 In 1952 Chelsea appointed Ted Drake as manager – who immediately set about modernizing the club, both on and off the pitch.

Drake led Chelsea to their first ever top league title in 1955 and was also responsible for replacing the club’s dusty nickname of ‘Pensioners’ with one that remains to this day – ‘The Blues’.

70 years after his first appointment, Chelsea are honoring Drake with their new home shirt featuring a design that reflects 1950s style for a new generation of Blues fans.

The heritage-inspired shirt design notably features a Henley collar, and the simple, traditional blue base ensures attention is instantly drawn to it. The heraldic lion – which was also introduced by Drake – features along the Henley neckline in a turquoise pattern, showcasing period style with a contemporary twist.

The club’s new pre-match shirt features a distorted version of the same turquoise outline of the “creeping lion gazing” collar, taking over the entire torso for a striking warm-up option for the new season.

Check out Chelsea’s new 22/23 home kit below and grab it now via the Nike and Chelsea online stores.