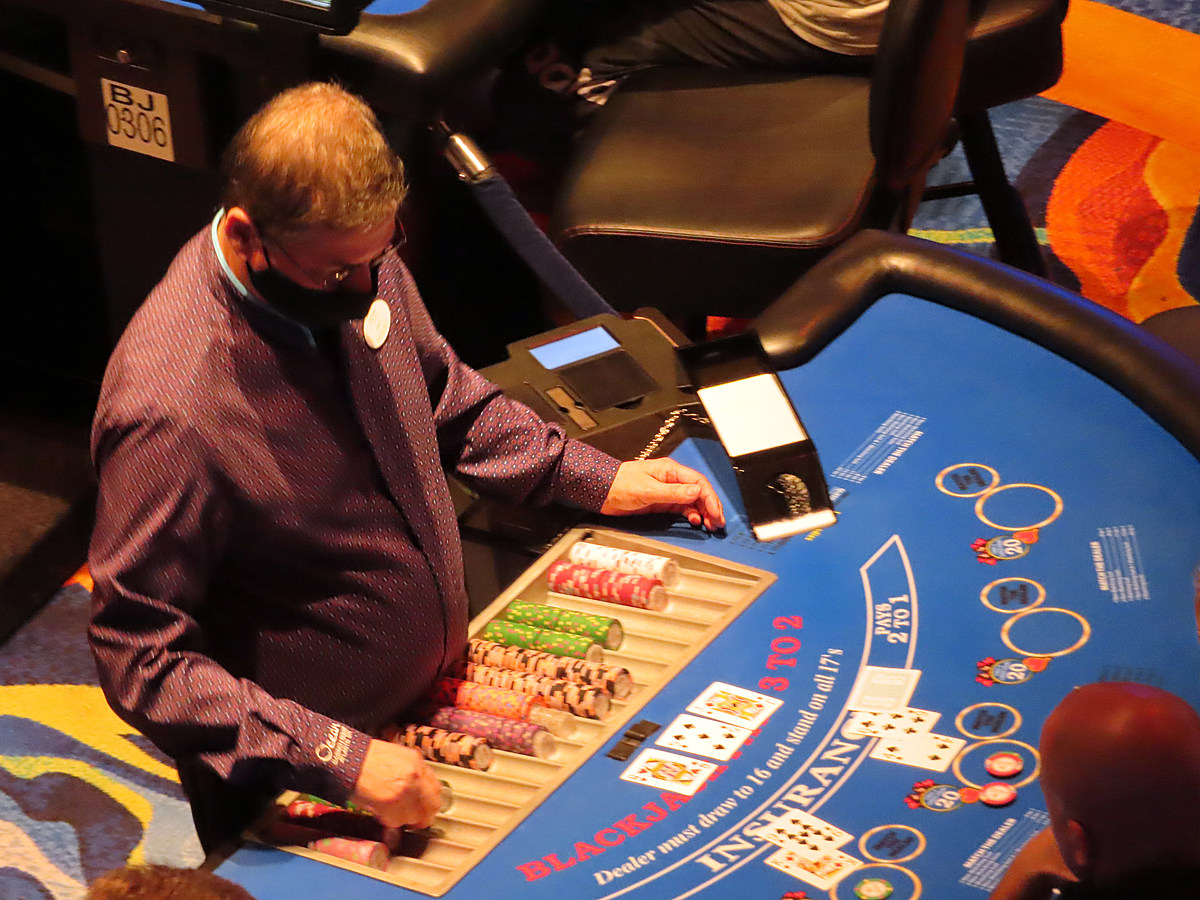 But the news was bad in March for seven of the nine casinos that continued to lag in in-person gambling revenue levels compared to before the coronavirus pandemic, according to figures released by gambling regulators on Monday. State.

Yet, of that total, only $66.4 million was retained as sports betting revenue by casinos and tracks after paying winning bets, third-party partners, and other expenses.

Casinos and tracks earned $423.6 million in gaming and sports betting revenue in March, up nearly 18% from a year earlier.

However, this comparison is flawed because as of March 2021, casinos in Atlantic City were still operating under state-imposed pandemic-related restrictions. Going back two years is also an invalid comparison as casinos shut down in mid-March 2020 when the pandemic initially broke out.

Casino executives say 2019 is the most telling comparison, looking at the period before the pandemic began. Casinos earned $382.9 million in total gambling revenue in March, including sports betting and internet gambling, compared to $273.7 million in 2019.

Yet casino executives say these numbers are skewed by sports betting and internet money, much of which cannot be retained by casinos once partners and expenses have been paid.

They say a more telling comparison is the in-person gambling revenue earned by gamblers in casinos. And in this comparison, seven of the nine casinos lag behind their pre-pandemic levels.

The nine casinos collectively earned $216.6 million from in-person gamblers in March this year, up from $223.1 million in March 2019.

Only two casinos – Hard Rock and Ocean – earn more now on their premises than before the pandemic. Hard Rock earned $39.3 million from in-person players in March, up nearly 60% from 2019, and Ocean earned $25.4 million, up 67% over the same period. .

“The Atlantic City market was down 3% from 2019 with seven of nine properties down 17% collectively, with only Hard Rock and Ocean posting increases,” Hard Rock President Joe Lupo said. “While the market is still struggling to return to pre-pandemic volumes, we remain very encouraged as we look forward to a great summer in Atlantic City.”

The Borgata had more than $106 million in total gaming revenue in March, more than double its nearest competitor, Hard Rock, which had nearly $46 million.

But in terms of in-person gaming revenue, the gap is much narrower, with Borgata earning nearly $55 million to Hard Rock’s $39.3 million.

Jane Bokunewicz, director of the University of Stockton’s Lloyd Levenson Institute, which studies the Atlantic City gambling market, noted the dichotomy between total gaming revenue, which is growing with the help internet and sports betting, and in-person casino winnings, which basically isn’t.

“With such a strong start to the year, we have every reason, barring still unforeseen complications, to expect 2022 to set new near-term records for total annual gross gaming revenue,” he said. she stated. “However, operators may still struggle to gain ground from 2019 before the pandemic in terms of physical game revenue.”

For the first three months of this year, Atlantic City casinos earned nearly $1.1 billion in total revenue. But only $612 million was won by in-person players.

NJ towns and their nicknames

The lists, which are sorted by county and include a separate list for charter schools, also include a second graduation rate, which excludes students whose special education IEPs allow them to qualify for degrees even if they don’t. not meet the usual course and attendance requirements.

Columns with an asterisk or “N” indicate that there was no data or that it was suppressed to protect student confidentiality.