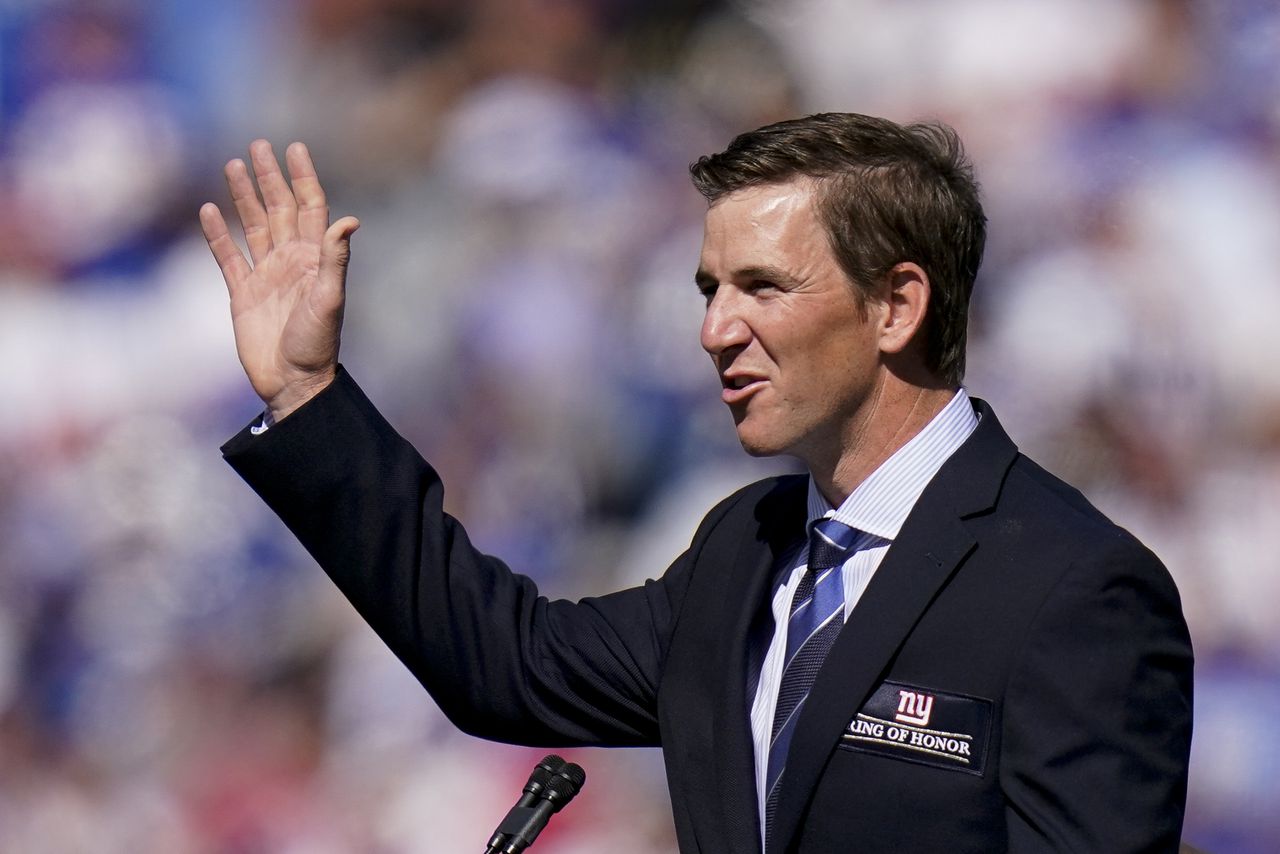 On Monday, a hilarious video of Eli Manning returning to football was released on “Eli’s Places.”

The former New York Giants quarterback went undercover with the alias “Chad Powers” during the walk-in tryout at Penn State.

You can watch the full video here.

Now the university plans to capitalize on video. They will be selling Chad Powers shirts at the bookstore, featuring an image of the character and the jersey number he wore in the video.

A school spokesperson said t-shirts with the Eli/Powers imagery will arrive at the Beaver Stadium bookstore on Saturday. They will also be available in trailers during the Nittany Lions’ home game against Central Michigan…”Although Chad was not eligible to be on our roster as a run-on,” a PSU official added, of our Penn State family.

TMZ also reports that Penn State will host a 40-yard sprint on Saturday, and if participants run faster than Manning on his tryout (5.49 seconds), they’ll get a free t-shirt.

Thank you for counting on us to deliver journalism you can trust. Please consider supporting us with a subscription.

Bridget Hyland can be reached at [email protected].