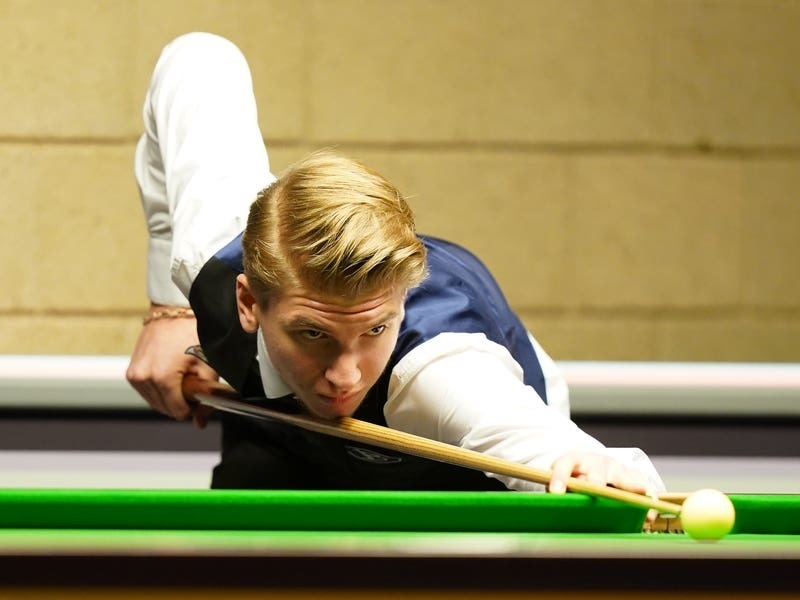 Ukrainian teenager Iulian Boiko has secured a place in the last 64 of the inaugural Nirvana Turkish Masters and hopes to continue carrying his homeland’s flag on the World Snooker Tour.

The 16-year-old, who reached the second round of the Welsh Open in Newport last week, is determined to do all he can to grab headlines amid condemnation of the Russian invasion.

Boiko – whose hometown is Kiev, with family members having crossed the border into Poland – recorded an impressive 5-4 victory over amateur Simon Blackwell, who replaced Neil Robertson after the Australian decided to withdraw from the event in Antalya.

“I do it for them, they are my inspiration. I’m really motivated and really proud to be Ukrainian. I hope we get through these tough times.”

Boiko will meet Andrew Higginson in the next round.

He added: “You can’t just ignore the news, but then it’s hard to focus on snooker. It’s really terrible, I can’t put it aside when people are dying.

“Civilians and people I know are in danger. I wish it would stop. I wish I could help and the only thing that keeps me playing is playing my game and representing Ukraine with pride.

Elsewhere on day two of Turkey’s premier professional snooker event, Ding Junhui came from 4-1 down to beat Robert Milkins, recording breaks of 131, 105, 81 and 55 in the final four frames.

Ding then meets Kyren Wilson, who beat Tian Pengfei 5-1 with a 98 max clearance, but European Masters champion Fan Zhengyi is out after a 5-4 loss to Zhou Yuelong.

“I’ve been really tired the last two days, it’s exhausting when you get to a final, to keep the momentum going,” said world number three Trump. “I felt flat today and I will probably do that for the first few laps.

“Hopefully I can play my way into the tournament. It’s great to come to new places and nice to be able to forget Sunday and start a new tournament.

Fellow former world champion Shaun Murphy beat Lyu Haotian by the same scoreline to take his place in the last 32.