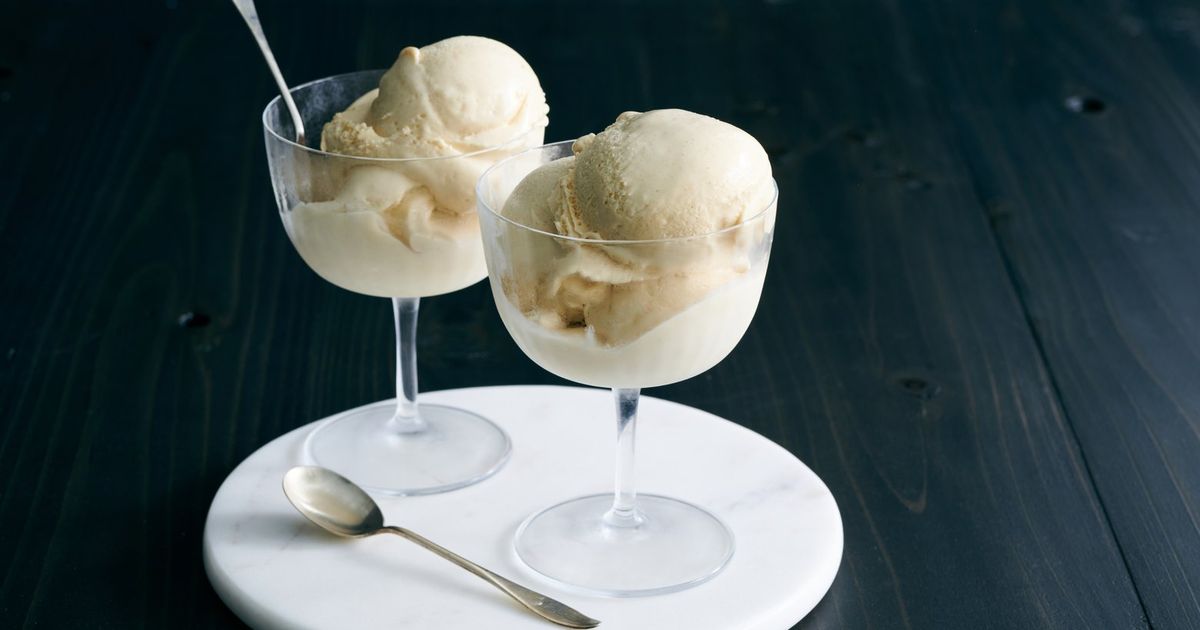 It’s not Christmas in a Puerto Rican home without coquito, a deeply creamy coconut and rum cocktail. Coquito recipes vary widely, but most include coconut milk, coconut cream, rum, and sweetened condensed milk. Some have egg yolks, some don’t. Others skip cinnamon in favor of nutmeg. This adaptation, inspired by an ice cream sold at Torico Ice Cream in Jersey City, New Jersey, ignores evaporated and condensed milk, which can weigh down a dough. Instead, it gets the sweetness and weight of egg yolks, coconut cream, and just enough sugar. Alcohol can also make it difficult to freeze ice cream, so rum extract comes in here for traditional white rum, keeping it alcoholic without affecting the texture.

4 teaspoons of rum extract, and more to taste

1. Prepare your ice cream maker by freezing the insert bowl if necessary.

2. In a medium saucepan over medium heat, combine the coconut cream, coconut milk, heavy cream, rum extract, sugar, cinnamon and salt. Cook, stirring occasionally, until the coconut cream melts and all the ingredients are incorporated, being careful not to boil, about 5 minutes.

3. While the coconut mixture is cooking, place the egg yolks in a small bowl, add 1/4 cup of the coconut mixture to the yolks and whisk quickly and vigorously. (This will temper or raise the temperature of the eggs, so they don’t harden.) Pour the yolk mixture into the pot along with the rest of the coconut mixture and immediately start whisking over medium heat. Keep whisking until the mixture thickens and tastes intense, about 2 minutes. If you dip a spoon in the pastry cream, it should coat the back. Pass your finger through this coating; the tape should hold for 3 seconds. Stir in more rum extract if desired.

4. Place a fine mesh colander over a food storage container or bowl with a lid that can hold at least 1 liter. Strain the ice cream base into the container to catch any egg pieces that may have solidified, cover and refrigerate overnight.

5. Set up your ice cream maker, add the ice cream base to its bowl and mix according to the manufacturer’s instructions. It should increase in volume and look thick and creamy, the consistency of soft ice cream. Serve ice cream straight out of the machine, or for a better, more traditional texture (think store-bought ice cream), transfer churned ice cream to a food storage container and freeze for 4-5 hours Moreover.

This story originally appeared on nytimes.com. Read it here.