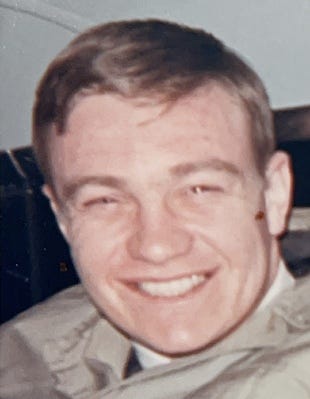 Robert Paul Ward, 76, died on Tuesday, September 20, 2022 at his home in Brielle, where he had resided since 1976. A native of Jersey City, Bobby excelled at basketball, playing for St. Peter’s Prep and then Georgetown University. He proudly served his country in the United States Marine Corps – an experience that helped shape his character throughout his life. Bobby then followed in his father’s footsteps, practicing as a lawyer for over 45 years. In addition to these accomplishments, Bobby was a fabulous chef, a lover of fine wine, an avid reader, an incredible storyteller, and above all a loving (and beloved) husband and father. Bobby is now reunited with his parents Edward and Lillian (Egan) Ward, his brother Mark Ward and his uncle Monsignor Robert Paul Egan. He is mourned by Carol (Borowski) Ward, his wife of over 50 years; his daughters, Dr. Courtney Ward (Munich, Germany), Dr. Alexandra Ward (Yorktown, VA) and Ashley Ward (Richlands, NC); his son-in-law, Dr. Simon Barker (Munich, Germany); his siblings, Edwina Fleming (Morristown, NJ) and Martin Ward (Boston, MA); his aunt, Mary Clare Egan (Tinton Falls, NJ); his step-siblings, Peter Borowski (Brielle, NJ) and Patricia Ward (NYC); and many loving cousins, nieces, nephews and friends. They will miss his unwavering loyalty, love and support the most, not to mention his wicked sense of humor. A visitation will be held at O’Brien’s Funeral Home, 2028 Highway 35 in New Bedford Road, Wall on Sunday, September 25, 2022 from 2:00 p.m. to 5:00 p.m. Her funeral will be held at Saint Mary’s Parish, 1 Phalanx Road, Colts Neck, NJ 07722 on Monday, September 26, 2022 at 11:00 a.m. Burial will take place at a later date. Memorial contributions in Bobby’s name may be made to Semper Fi & America’s Fund, 825 College Blvd, Suite 102 • PMB 609, Oceanside, CA 92057. For more information, instructions, or messages of condolence to the family, please visit www.obrienfuneralhome.com.