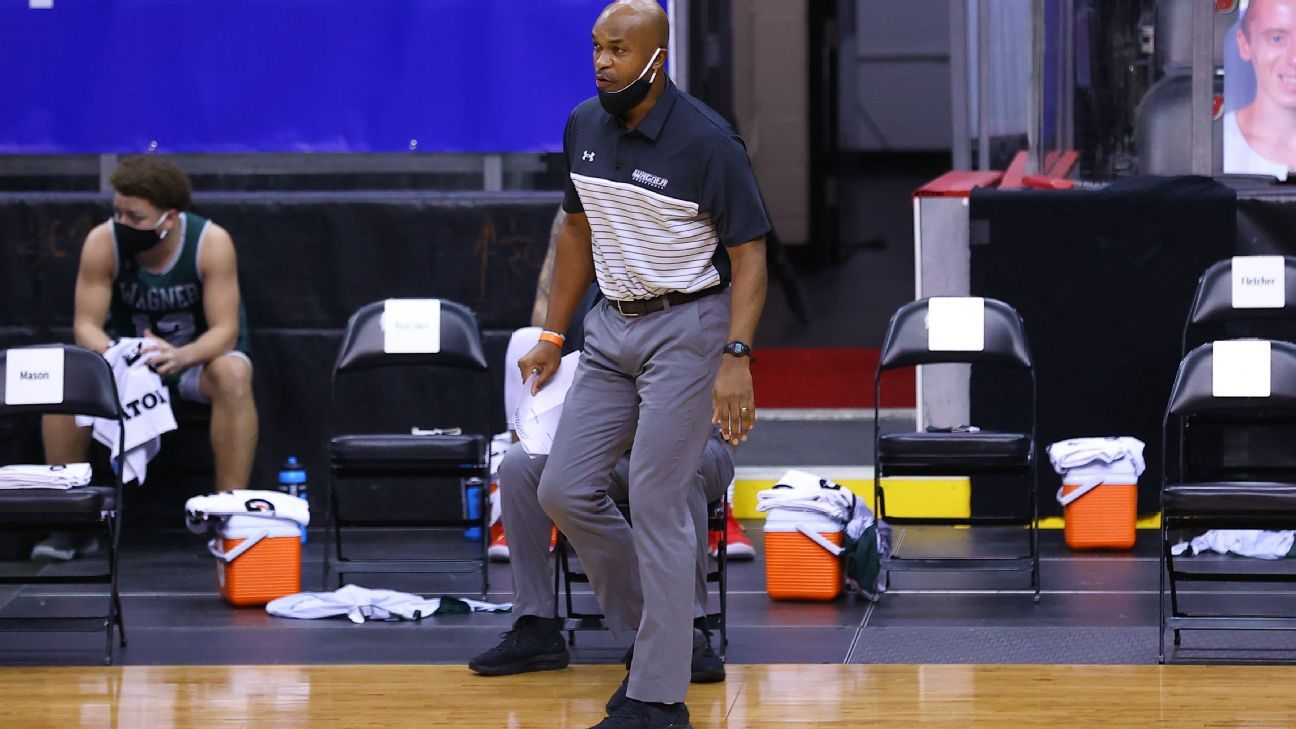 Holloway left Saint Peter’s a day after his team was eliminated in the Elite Eight by national runners-up North Carolina to return to Seton Hall, his alma mater. Saint Peter’s was the first No. 15 seed to reach the Elite Eight. The Peacocks won the Metro Atlantic Athletic Conference Tournament and went 22-12 with victories over Kentucky, Murray State and Purdue in the NCAA Tournament.

It’s also a homecoming for Mason, who spent the past 10 years at Wagner College in Staten Island.

Athletic director Rachelle Paul announced the hiring on Tuesday without giving details of the small Jesuit university’s coaching contract. It will be presented at a press conference on Wednesday.

“We are thrilled to welcome Bashir Mason to the Peacock family,” said university president Eugene J. Cornacchia. “He is the perfect choice to lead our men’s basketball team with a proven track record in Division I athletics. We are thrilled to have his leadership and expertise to guide our student-athletes as we build on the success of our program. I’m confident it will take us to new heights.”

Mason, 38, led Wagner to three Northeast Conference (NEC) regular season titles, posting a 165-130 record. He is the second coach in the conference’s 40-year history to win three Jim Phelan Coach of the Year Awards during that time.

The Seahawks went 21-6 last season and made it to the NEC title game. Wagner’s 15 conference wins matched the most in program history.

The Seahawks appeared three times in the NIT under Mason.

Mason was the youngest head coach in Division I when he was hired by Wagner in 2012. He had been an assistant with the Seahawks for two seasons under current UConn coach Dan Hurley.

Mason is no stranger to MAAC, coming to Wagner after spending two seasons as an assistant coach with Marist. He began his coaching career at his high school alma mater, St. Benedict’s Prep of Newark, under Hurley. He played collegiately at Drexel, leading the Dragons in assists and steals in his four seasons.

The Open Cup’s youngest goalscorer and the importance of chances

Could Pelé’s Brazil have won the World Cup with stripes, hoops or even a belt? A new exhibition tells the story of football through design