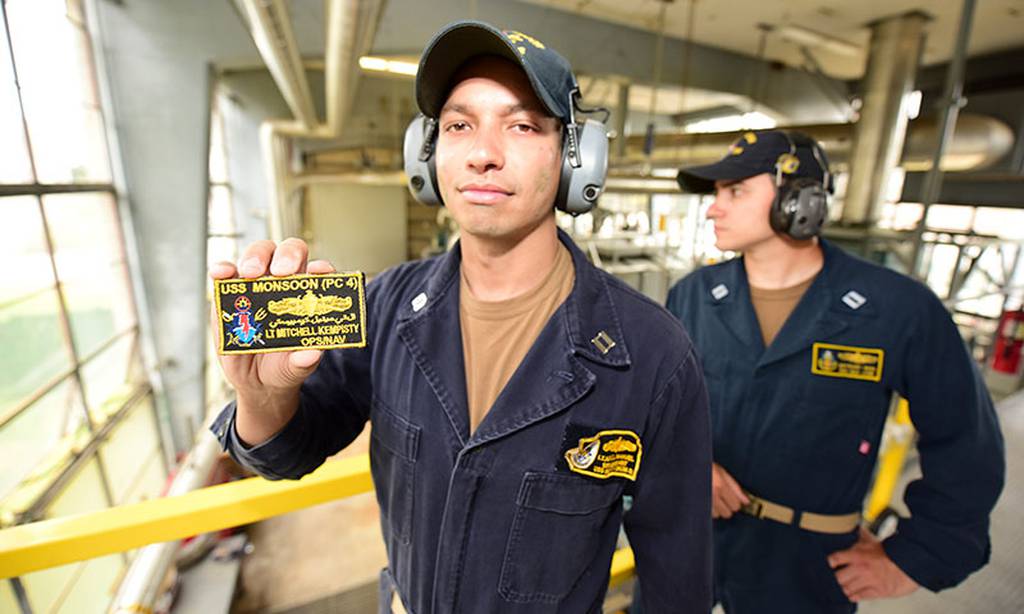 Years ago Lieutenant (N) Mitchell Kempisty saw a problem that needed to be resolved.

Namely, the name tag on his suits kept creasing and coiling during the rigors of warship life.

â€œThey just look really bad,â€ he said this spring. â€œPeople are just walking around looking disheveled with this badge. This is the first thing you notice.

So he set about creating and then patenting a simple invention to correct this “insat” look.

And now, Kempisty has partnered with one of the nation’s largest military badge companies to bring his invention to other members of the service.

Kempisty’s basic concept is simple: a backing board attached to the back of the name tag that has its own velcro to attach to the uniform, keeping the name tag straight and true in the process.

“The Enforcer,” as Vanguard, the military badge company calls it, gives name tags a stiffer backbone on suits, flight suits and other uniforms, preventing the curled and ragged edges that look anything but. squares.

â€œWhen I started the invention that became ‘The Enforcer,’ all I wanted to do was fix the sloppy, curly, and wrinkled mess that I considered to be my wetsuit name tag,â€ Kempisty told Navy. Times. â€œHaving ‘The Enforcer’ on the shelves means the world to me, as it marks the culmination of three years of effort. “

Vanguard officials read a previous Navy Times article about Kempisty’s invention earlier this year and realized it would suit their existing product line, according to Michael Harrison, the company’s chief operating officer.

The company has entered into a licensing agreement with Kempisty and the product is now available online.

Vanguard is also negotiating to put the product on the shelves in military exchanges, Harrison said.

â€œIt was a good idea,â€ he said of the product, which is not a mandatory badge. “For the guy who wants to stand out among his peers, this product does a service.”

Kempisty, who graduated as an engineer from the United States Naval Academy in 2014, said it took nearly three years to take his idea from the bulb stage to the prototype.

He bought a basic 3D printer, used it on his dining room table in his spare time, learned computer aided design or CAD, and then launched a prototype.

A childhood friend and patent attorney helped him legally lock the idea.

Kempisty graduated from the Naval Post Graduate School in December with a master’s degree in aeronautical engineering and joined the guided missile destroyer Mason as an operations officer.

â€œMy hope is that ‘The Enforcer’ becomes a standard purchase, to protect and enhance the appearance of anyone wearing a work uniform with identification: badge, unit crest or whatever,â€ he said. â€œThis could apply whether in the military, or in other professions or activities carried out in uniform.

Geoff is a senior Navy reporter for the Military Times. He has covered Iraq and Afghanistan extensively and was recently a reporter for the Chicago Tribune. He welcomes all kinds of advice at [email protected]