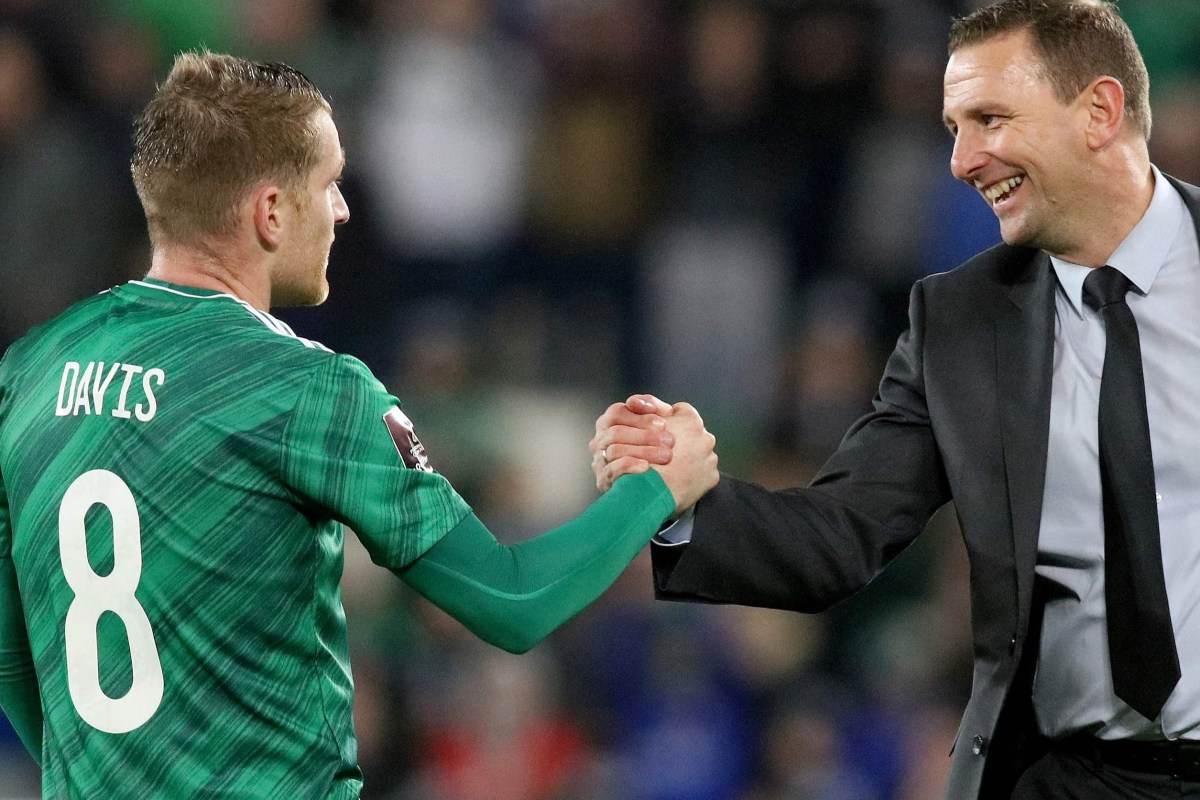 RANGERS and Northern Ireland hero Steven Davis showed his class outside the park as well as inside last night when he realized a young fan was on the point of leaving the stadium empty-handed.

The Gers star, 36, captained his country during his 132nd selection for the national team in the 0-0 draw against Italy last night.

It was an empty match in terms of qualifying for the Green and White Army as they found themselves too many points behind Italy and Switzerland.

That didn’t stop them from putting on the show and they held the European Champions to a goalless draw at Windsor Park.

Davis showed off his class after the game as he stayed to chat with the fans and gave them his worn out match shirt.

He gave away his tracksuit top and shirt to the fans before realizing he had nothing else to give the other hopeful young fans.

Some would leave it there and go back to the locker room after interacting with so many supporters.

But Davis decided to head back to the locker room to grab another top so he could make a fan’s day.

The Rangers star is a fan favorite among his home support as he is the most capped Britain international ever after breaking Peter Shilton’s record 125 in March against Bulgaria.

The Northern Ireland skipper insists he enjoys playing for his country, but maybe it’s time to think about retirement soon.

Speaking to the BBC after last night’s result, Davis said: “Yes, listen, it will be a very difficult decision any time the day comes.

“You know how much I love wearing the Northern Ireland shirt.

“The moments that I have enjoyed in the jersey, the support I have received from the fans since I first entered the squad, so when that day comes, it won’t be easy to accept.

“I think looking forward to the Euro is the most important thing for our country and giving us a good chance to do so.

“Obviously, the young players who are coming in, you want them to gain experience as well, maybe in the games to come, so these are conversations for another day.

“Just delighted to end the campaign on a high note.”