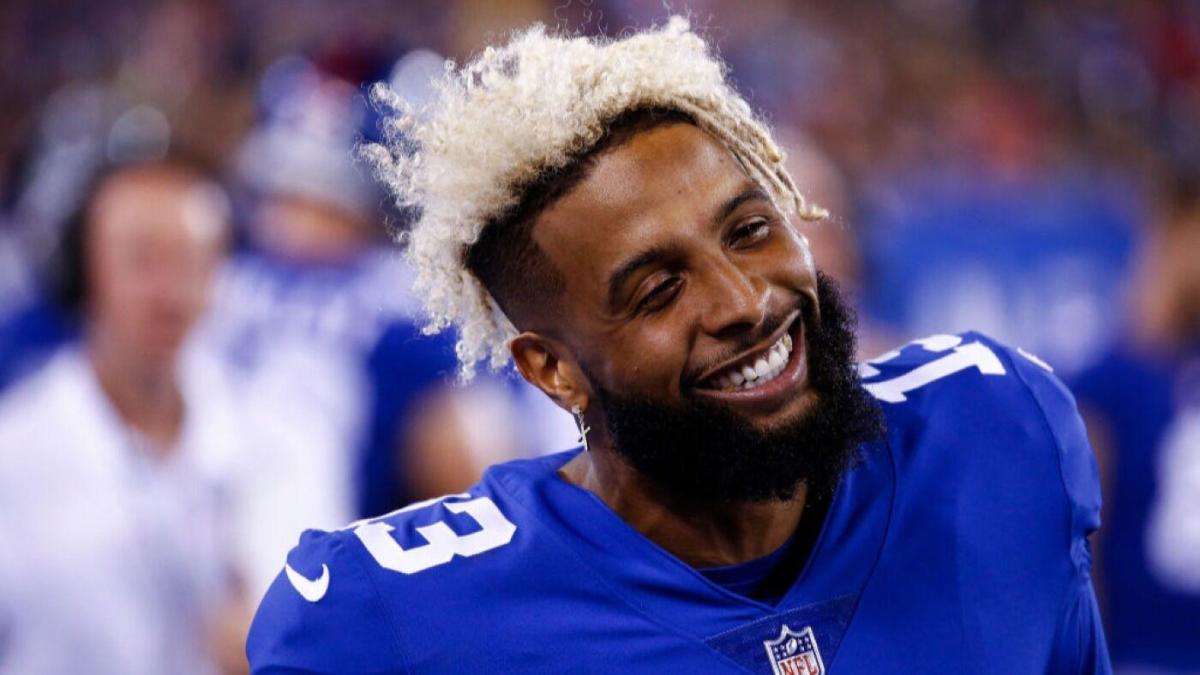 It’s been four years since Odell Beckham Jr. last played for the New York Giants, but some fans want him back – including one who may not even have been born in 2018. One fan posted a video of his young son receiving a Giants Beckham. Jr. jersey, and the little guy didn’t hesitate to put it on.

The video was posted under a tweet from Giants superfan Joe Ruback, better known as the License Plate Guy. Ruback was asking the free agent receiver to “stop playing” and return to New York to get a ring with the Giants. A proud dad took to this tweet to share the adorable video that impressed Beckham Jr. himself.

“Hey, son, that’s a classic,” the father said, handing the shirt to the little boy. “It’s a classic. It’s for you, mate.”

The boy immediately threw his cap on the ground and took off the T-shirt he was wearing to replace it with the present his father had just given him. Beckham Jr. loved the young fan’s passion and decided it was worth responding to on social media – and potentially an autograph.

“Gotta find a way to sign this for the lil guy!!! This is real love,” Beckham Jr. wrote.

Beckham Jr. was selected 12th overall by the Giants in the first round of the 2014 NFL Draft. He made a name for himself in New York and was even ranked 23rd by his peers in the Top 100 NFL Players in 2019. However, the Giants traded him to the Cleveland Browns the same year.

After a little twist in 2021, the Browns released Beckham Jr. and the two sides reached a settlement to cancel the last two seasons of his contract. He then signed a one-year contract with the Los Angeles Rams, which went down well for him as he won his first Super Bowl ring in February. Unfortunately, he suffered an ACL injury during that Super Bowl.

Beckham Jr. attended the Rams’ Championship Banner Ceremony at SoFi Stadium on Sept. 8, but is still recovering from his knee injury and has yet to sign a contract. From the Twitter video, it seems the next generation of football fans aren’t averse to seeing him return to New York, so maybe that could still be an option for him.