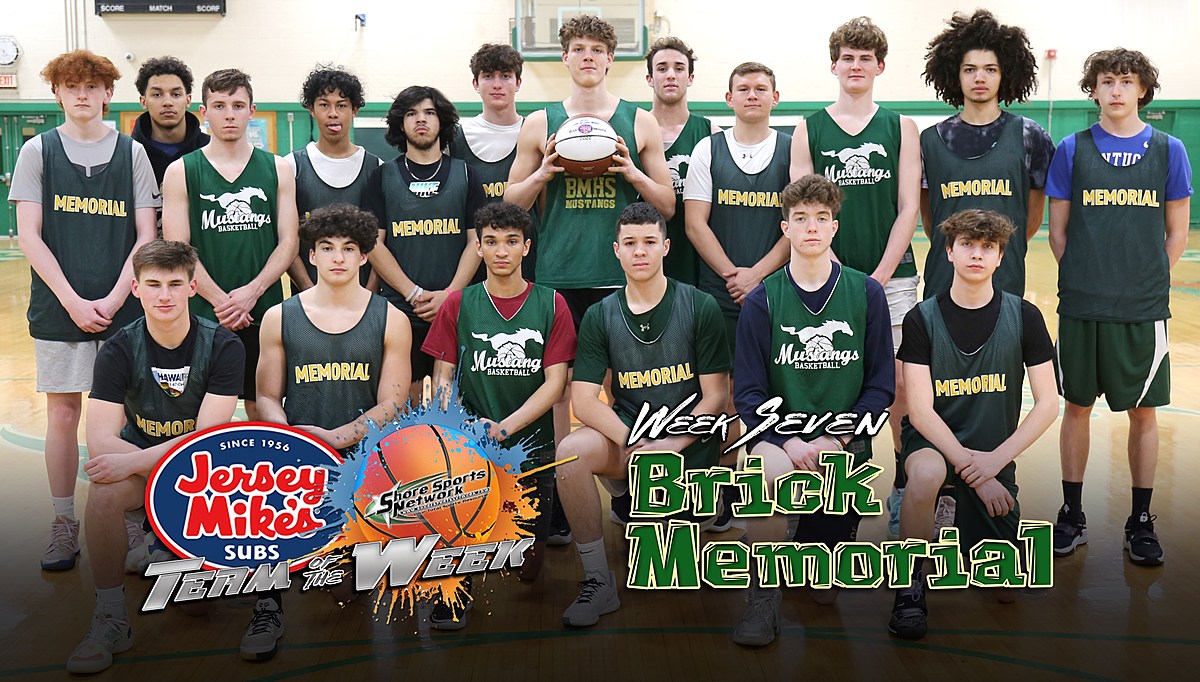 It had been over a decade since the Brick Memorial men’s basketball team won a Shore Conference division title and the core of this year’s team had high hopes of being the first since 2008-09. to do it.

And that was last year.

Due to factors outside, but also inside, Brick Memorial’s control, the 2021 season did not go as the Mustangs had hoped, but disappointment fueled the fire for a 2021-22 season in which Coach Mike Pelkey’s team broke down the door to achieve the first on their lofty list of goals.

Last week, Brick Memorial won two must-win games to complete its first Class A South championship season in 13 years, then capped off the regular season with a convincing win over rival Brick to head into the Shore Conference Tournament 16- 4 and claim Jersey Mike’s seventh Team of the Week honor in 2022.

After a 2021 season in which he was not part of the traditional Class A South group, lost senior center Luke Braaten for all four games of the season in the schedule and faded while not qualifying for the first four groups in the Shore Conference playoffs, Brick Memorial — with several key pieces returning as seniors and juniors — decided to make the most of the 2021-22 season, hopefully healthy.

The Mustangs stormed Central Regional, 45-29, and Southern, 34-31, to officially win the division championship. Braaten and junior Brian Starrett led the way in both wins, with Starrett scoring a team-high 12 points in both to go with six assists against Central and four against Southern.

Braaten, meanwhile, topped Central despite just four points. The 6-foot-7 senior blocked 10 shots and 12 rebounds in the win over the Golden Eagles, then had 10 points, eight boards and four blocks against Southern.

Braaten went for 22 points and 19 rebounds in Saturday’s 49-27 win over Brick to close out the week and Brick Memorial extended his winning streak to nine games on Tuesday when the Mustangs earned a 61-39 win over Monmouth Regional at the Shore conference. Tournament opening round.