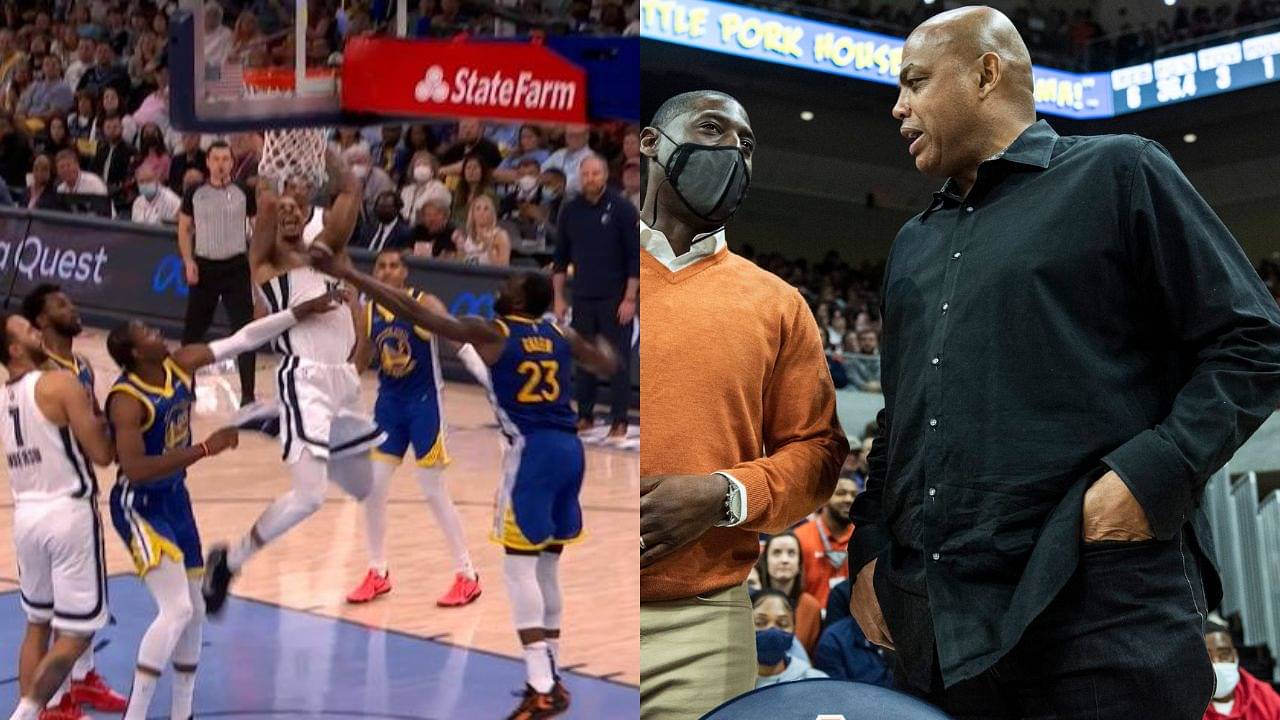 Warriors forward Draymond Green discusses his recent Game 1 ejection against the Grizzlies with the cast of Inside the NBA.

Game 1 of the Western Conference Semifinals between the Warriors and Grizzlies lived up to expectations. The Dubs stole one on the road, with some clutch defensive plays from the Splash Brothers. However, the talking point of the match was the ejection of Draymond Green.

The former DPOY was rated with a flagrant foul of 2 against Brandon Clarke, resulting in Green’s ejection in the final minutes of the second quarter. The official call led to several polarizing opinions, dividing social media and so-called analysts.

Draymond Green was ejected for this flagrant foul 2. pic.twitter.com/QPYnODEXt1

Luckily for the Warriors, they ended up winning the game despite not having Green’s services. It was recently reported that the NBA would not reduce Green’s blatant double call. Nonetheless, the three-time champion seemed rather amused by the decision, taking to social media.

Draymond Green’s Flagrant Foul 2 will not be discounted by NBA, league spokesperson says @ShamsCharania and @anthonyVslater.@Money23Green reacted to the decision on Instagram. pic.twitter.com/amlez8LPcN

Now part of the TNT group, Green would address the controversial call with the cast of Inside the NBA.

Draymond Green is opening up about his controversial Game 1 ejection.

There’s no denying that Green is one of the most elite defenders of recent times. However, his style of play can become difficult at times, which he continues to suffer from.

In what many believe, the 2016 NBA Finals would have been a different story had it not been for Green’s Game 5 suspension. Nevertheless, the three-time champion has remained true to his style of play and is the soul of the Warriors team.

After donning the hat of a part-time analyst, Green sat down with the cast of Inside the NBA to preview his recent Game 1 ejection against the Grizzlies.

Did you drop his shirt? Shaq asked, to which Green responded with the following answer.

“No, I didn’t pull his shirt down, I stopped him from getting an And 1.”

“Didn’t you pull his jersey?”

The Inside team gets @Money23Greentakes his flagrant ejection 2 of Game 1 against the Grizzlies. pic.twitter.com/YUeHKgKwIx

“Well Chuck you know the law of gravity, if he tries to jump that way and my hand gets caught in his jersey that way it will automatically come down the opposite way. But I didn’t not pulled on his jersey.

With Green’s ejection the subject of debate on all media platforms, the four-time All-Star should tread carefully as an accumulation of these fouls could result in a suspension, with Dubs fans not wanting to see the situation of the 2016 finals. .